Final, Rays 2-1: Dustin Pedroia singled into left field with one out in the ninth inning, but the Red Sox couldn’t push him across. Boston’s rally fell just short in Game 1 of Thursday’s doubleheader.

The big moment of Game 1 came in the seventh inning with Tampa Bay clinging to a 2-1 lead. David Ortiz doubled off the left field wall and Pedroia tried to score from first base. Umpire Toby Basner ruled Pedroia out at home, though, and the Rays maintained their one-run edge.

The Red Sox challenged that Pedroia was safe, but the umpires upheld the initial call after a one minute, 52 second review. Third base coach Brian Butterfield was ejected for voicing his displeasure.

The Red Sox and Rays will begin Game 2 at 7:10 p.m. ET. That game also will air on NESN, and be sure to stick around with NESN.com for continued developments.

Wil Myers flied out, Sean Rodriguez struck out and Yunel Escobar grounded out.

Jackie Bradley Jr., Dustin Pedroia and Shane Victorino are due up for Boston in the ninth inning.

Xander Bogaerts’ one-out walk was the only noise of the eighth inning. Joel Peralta otherwise took care of business in the eighth.

Desmond Jennings and Evan Longoria struck out in the inning. Matt Joyce grounded to first base.

Jonny Gomes, Xander Bogaerts and Will Middlebrooks are due up for Boston in the bottom of the eighth.

The Red Sox issued a challenge in the seventh inning after David Ortiz drilled a double off the wall in left-center field. Pedroia, who singled to lead off the seventh, was ruled out at home while trying to score from first base, and Boston didn’t agree. (Nor did the Fenway Faithful.)

Ultimately, the umpires determined that there wasn’t enough evidence to overturn the initial call. Pedroia’s foot might have slid in ahead of catcher Jose Molina’s tag, but there really was no way of telling whether Pedey’s foot actually grazed the plate.

Red Sox third base coach Brian Butterfield was furious about the call not getting overturned. He was ejected, forcing first base coach Arnie Beyeler to move across the diamond to coach third. Hitting coach Victor Rodriguez took over as the first base coach.

Mike Napoli struck out swinging to end the inning.

Capuano, who has been flawless this season, took over for Jake Peavy after Yunel Escobar worked a walk with one down. Peavy walked five in his 6 1/3 innings.

Capuano immediately issued a four-pitch walk to Jose Molina, but the lefty bounced back to induce a 6-4-3, inning-ending double play.

Farrell said Thursday he recently met with Pierzynski, who is starting to feel a lot more comfortable in Boston. That comfort has been apparent in Pierzynski’s recent results.

Jackie Bradley Jr. grounded to second base to end the sixth inning and Boston’s threat.

Peavy closed things off with the help of a big double play.

James Loney grounded to second base, where Dustin Pedroia made the play and flipped to Xander Bogaerts. Bogaerts grabbed the flip and fired a dart to first base while jumping across the bag.

Wil Myers popped out to end the inning, stranding Joyce at third.

Ramos recorded two quick outs in the fifth inning, but he came up one out shy of completing five full innings because of back-to-back walks issued to Shane Victorino and David Ortiz.

Brandon Gomes replaced Ramos, who wasn’t too happy about Joe Maddon’s decision to turn to the bullpen.

Gomes retired Mike Napoli on a popup behind the plate.

Mid 5th, Rays 2-1: Jake Peavy bounced back in the fifth inning after a shaky fourth inning.

Peavy, who walked three in the fourth, retired the side in order in the fifth. The right-hander struck out Jose Molina swinging and Ben Zobrist looking before Desmond Jennings flied out to right field to end the inning.

Peavy made good use of his offspeed pitches in the fifth inning, turning to his curveball to record the back-to-back strikeouts.

Ramos struck out the side in the fourth inning. Xander Bogaerts, Will Middlebrooks and David Ross all went down hacking at good-looking sliders.

Ramos has retired 10 of the last 11 hitters he has faced.

Mid 4th, Rays 2-1: Jake Peavy labored through the fourth inning because of some serious control issues.

Desmond Jennings led off the fourth inning with a wall-ball double. Jennings jumped on a 3-2 fastball — the seventh pitch of the at-bat — to pick up the two-bagger.

Peavy then walked three straight hitters — James Loney, Wil Myers and David DeJesus — to force in the go-ahead run. DeJesus, who homered in the third inning, fouled off a couple of pitches before laying off a misfired 3-2 fastball to earn the bases-loaded free pass.

Peavy, to his credit, minimized the damage following a mound visit from catcher David Ross and pitching coach Juan Nieves. Yunel Escobar flied out to deep center field to leave the bases loaded.

End 3rd, 1-1: Mike Napoli worked a two-out walk in the third, but Cesar Ramos kept Boston off the scoreboard for the second straight inning.

Shane Victorino grounded out to begin the frame. David Ortiz and Jonny Gomes sandwiched Napoli’s walk with a pair of flyouts to center field.

DeJesus yanked a line drive that stayed up just long enough to strike the top of the right field wall and bounce into the seats for a game-tying dinger.

Jake Peavy settled down to record three consecutive outs, but the veteran now has surrendered a home run in each of his six starts.

Will Middlebrooks made a nice pick at third base to take a hit away from Yunel Escobar in the third inning.

End 2nd, Red Sox 1-0: Three outs came much easier for Cesar Ramos in the second, though David Ross still made the left-hander work with a nice at-bat to open the inning.

Ross saw eight pitches despite striking out swinging. It certainly wasn’t what Ramos was looking for in the second, as the southpaw tossed 35 pitches in the first inning.

Fortunately for the Rays, Ramos took care of Jackie Bradley Jr. and Dustin Pedroia on five pitches combined in the second after Ross’ inning-opening battle.

Evan Longoria, James Loney and Wil Myers went down in order against Peavy in the second inning.

Longoria struck out, Loney flied out and Myers grounded out.

Pedroia advanced to second base on a wild pitch with Victorino batting, though the left-hander briefly settled down to strike out The Flyin’ Hawaiian and David Ortiz. Victorino went down looking on a borderline pitch, and Ortiz failed to check his swing on a pitch located up and out of the strike zone.

Mike Napoli walked with two down, and Jonny Gomes followed with a line drive into center field. Pedroia scored from second base, while Napoli cruised into third. First baseman James Loney tried to cut off the relay throw home and failed, enabling Gomes to take second base.

The Red Sox had a golden opportunity to do some more damage, as Xander Bogaerts walked to load the bases for Will Middlebrooks. But Middlebrooks flied out to shallow right field to end the threat with just the one run across.

Ramos certainly needed to work in the first inning. He threw 35 pitches.

Zobrist, who cried foul over the Red Sox’s decision to play a doubleheader Thursday, lifted Peavy’s first pitch to deep center field. Jackie Bradley Jr. drifted back toward the warning track to make a game-opening grab.

Jennings and Joyce both grounded to Will Middlebrooks at third base.

1:08 p.m.: Jake Peavy’s first pitch was skied to center field, where Jackie Bradley Jr. put it away for the first out of Game 1.

12:55 p.m.: We’re only minutes away from game time, and the turnout at Fenway Park isn’t what we’re accustomed to seeing.

Wednesday’s rainout obviously threw a wrench into a lot of fans’ plans.

It’s currently overcast at Fenway, but there is no precipitation to speak of, which is a good thing.

11:09 a.m.: David Ross will get the start behind the plate for Game 1. A.J. Pierzynski presumably will start Game 2, although manager John Farrell said there are no restrictions going into Game 1 as far as players playing in both contests Thursday.

The Red Sox and Rays each also will have the benefit of adding a 26th man before Thursday’s second game, per Major League Baseball rules. Farrell said Thursday morning he’s still unsure whether Boston will add an extra pitcher or a position player.

Thursday’s complete Game 1 lineups are below.

11 a.m. ET: The Boston Red Sox and Tampa Bay Rays were unable to play Wednesday night because of rain. Therefore, the American League East foes will play a doubleheader Thursday at Fenway Park.

Thursday’s first game is scheduled to get going at 1:05 p.m. despite soggy conditions at Fenway. Jake Peavy and Cesar Ramos will square off, while Felix Doubront and Chris Archer will battle in the nightcap, which is scheduled for 7:10 p.m.

The Red Sox put together a subpar April, finishing below .500 (13-14). But while it represents a stark contrast from where Boston stood a year ago — the Red Sox finished April 2013 at 18-8 — the club has begun moving in the right direction, particularly offensively.

Both of Thursday’s games will air live on NESN. Be sure to tune in and follow along with NESN.com’s live blogs throughout the day. 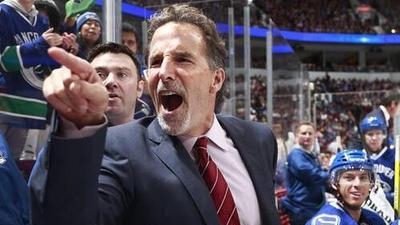