Final, Red Sox 3-2: The Red Sox have another walk-off win.

Jonny Gomes was hit by a pitch with two outs in the 10th inning. A.J. Pierzynski followed with a lined shot into the gap.

Center fielder Desmond Jennings and right fielder Wil Myers gave chase and collided as the ball traveled past them and into the triangle.

Xander Bogaerts tied the game 2-2 with an RBI double in the seventh inning, paving the way for Boston’s walk-off win in the 10th.

Moments after Dustin Pedroia left the game with an apparent injury, Rays shortstop Yunel Escobar also exited after running down to first base on a 6-4 forceout.

Pinch-hitter Sean Rodriguez flied out to right field for the second out. Andrew Miller then replaced Edward Mujica and retired pinch-hitter Logan Forsythe on another fly ball to right field.

David Ortiz, Jonny Gomes and A.J. Pierzynski are due up for Boston in the bottom of the 10th inning.

The Red Sox put runners at the corners against Joel Peralta in the ninth inning before the Rays right-hander escaped the jam and sent this game into extras.

Brock Holt started the rally with a two-out walk after Grady Sizemore and Jackie Bradley Jr. struck out swinging. Xander Bogaerts followed with a laser into right-center field that put runners at first and third.

Dustin Pedroia had a chance to send the Fenway Faithful home happy, but he grounded out to third base.

Making matters worse for Boston was that Pedroia came up limping a bit upon running to first base. He’s being replaced at second base by Jonathan Herrera, although it’s unclear why at this point.

Evan Longoria, James Loney and Desmond Jennings went down in order against the Red Sox closer.

Joel Peralta will pitch the ninth inning for Tampa Bay and try to send this wild game into extra innings. Grady Sizemore, Jackie Bradley Jr. and Brock Holt are due up for Boston in the ninth.

End 8th, 2-2: Jake McGee brought his usual overpowering stuff to the mound in the eighth inning.

McGee retired Jonny Gomes, A.J. Pierzynski and Mike Carp in order. Gomes and Pierzynski both grounded out. Carp struck out.

Koji Uehara will pitch the ninth inning for Boston with the game tied at two apiece.

David DeJesus, Ben Zobrist and Matt Joyce couldn’t get anything going against the right-hander.

Xander Bogaerts made a terrific play for the second out of the inning. Zobrist hit a ground ball that looked destined for center field, but Bogaerts ranged up the middle and made a diving stop. The 21-year-old then popped to his feet to complete the play.

Bogaerts’ defense has improved drastically of late. In fact, it’s really been since the Stephen Drew signing.

Bradley led off with a single into left field. Bogaerts then followed Brock Holt’s strikeout with a towering fly ball off the Green Monster. Bradley motored his way around from first base to even the score.

Wil Myers walked with one down, but that was Badenhop’s only blemish. The right-hand took care of Desmond Jennings, Yunel Escobar and Jose Molina.

End 6th, Rays 2-1: The Red Sox couldn’t get anything going in the sixth inning.

Workman uncorked a pitch that traveled behind Evan Longoria with one out in the sixth inning. The right-hander was tossed by home plate umpire Dan Bellino.

Third base coach Brian Butterfield — managing because John Farrell and Torey Lovullo have both been ejected — was automatically tossed because of Workman’s ejection. That means, presumably, hitting coach Greg Colbrunn is next in line to manage.

Burke Badenhop took over for Workman and walked Longoria. James Loney lined back to the mound for an inning-ending double play.

It’s quite possible the ball slipped out of Workman’s hand, as the rain is really coming down at Fenway. Given everything that’s transpired, though, that’s an ejection Bellino had to make.

David Ortiz then dug in for the first time since trying to tear Price’s head off in the benches-clearing skirmish. Talk about drama.

Ortiz pounded an RBI single into left-center field to give Boston its first run.

Mid 5th, Rays 2-0: Not only have manager John Farrell and bench coach Torey Lovullo been ejected for the Red Sox. But the Rays now lead 2-0.

Yunel Escobar led off the fifth inning with a double. David DeJesus plated him with a single into right field following a sacrifice bunt from Jose Molina.

DeJesus then got caught stealing, and Ben Zobrist struck out to end the inning.

End 4th, Rays 1-0: Stuff hit the fan in the bottom of the fourth inning.

David Price hit Mike Carp with two outs after A.J. Pierzynski doubled into the right field corner. Carp immediately started walking toward the mound, at which point the benches cleared.

David Ortiz was among the most heated, trying to get after Price, who, of course, drilled Papi in the first inning. The teams converged near the mound and the bullpens soon joined the fray.

Red Sox bench coach Torey Lovullo — the acting manager with John Farrell already ejected — was tossed after a lengthy argument in which he even spiked his cap.

The inning ended with a forceout at second base in which Carp slid very aggressively in the direction of shortstop Yunel Escobar.

Mid 4th, Rays 1-0: Brandon Workman kept the Rays off the scoreboard in the fourth inning.

End 3rd, Rays 1-0: Nothing doing for the Red Sox in the third inning.

Bogaerts had a few words with home plate umpire Dan Bellino after a pitch inside. There didn’t appear to be any intent — especially given that the pitch wasn’t really too inside — but everyone seems to be on edge at this point.

DeJesus struck out, Zobrist grounded out and Joyce popped out.

The rain continues to fall at Fenway Park, though it’s not heavy enough — for now, at least — to cause a stoppage.

End 2nd, Rays 1-0: A.J. Pierzynski reached to lead off the inning. But David Price settled things down right after that.

Brandon Workman goes back to work.

Mid 2nd, Rays 1-0: The drama built in the second inning, as Brandon Workman faced Yunel Escobar for the first time.

Escobar, of course, was involved in Sunday’s bench-clearing altercation. And given what happened in the first inning, the threat of retaliation seemed even higher.

Workman didn’t plunk Escobar, though. Instead, the Rays shortstop popped out for the second out of the inning.

Wil Myers walked in the second and swiped two bags. Workman escaped trouble by getting Jose Molina to ground out to third base.

End 1st, Rays 1-0: The pair of lightning flashes at overcast Fenway Park were appropriate. The first inning was electric.

Red Sox manager John Farrell was ejected from the game after David Price plunked David Ortiz with Dustin Pedroia on first base and two outs. Warnings were issued before Farrell came out of the dugout, apparently upset that Price wasn’t ejected.

It seemed like pretty obvious retaliation for Sunday’s bench-clearing incident at Tropicana Field. Farrell was all types of fired up.

Ortiz also shot some glances toward Price as both dugouts got up to the top step. Jonny Gomes ended up striking out to end the inning.

David DeJesus led off the game with a line drive into the right field corner. The ball caromed off the wall and past Grady Sizemore, enabling DeJesus to advance an extra base. Sizemore was charged with an error.

Ben Zobrist knocked in the game’s first run with a ground ball to second base handled by Dustin Pedroia.

Evan Longoria’s two-out single didn’t lead to any additional damage, but Workman was forced to, er, work — no, that’s not a pun — before finally ending the frame.

7:11 p.m.: Brandon Workman misses up high with his first pitch.

The rain has subsided, and the action is underway at Fenway Park, where the game-time temperature is 58 degrees.

6:50 p.m.: The Red Sox made a roster move Friday, placing Ryan Lavarnway on the disabled list with a fractured bone in his left wrist.

Outfielder/first baseman Alex Hassan, a native of Milton, Mass., was called up to take Lavarnway’s place on the major league roster.

?With the injury to Ryan Lavarnway, we needed another right-handed bat,” Farrell said of calling up Hassan. “The versatility is similar to Ryan?s (in that) in addition to playing first base he can go to the outfield. He?s moved around to two corner outfield spots, as well as I think seven or eight games at first base. It?s an opportunity for him to come up and make his major league debut.?

6:15 p.m.: David Ortiz returns to the starting lineup for Boston.

Ortiz was held out of Thursday’s starting lineup because of calf tightness. Red Sox manager John Farrell called the move “precautionary,” and Ortiz eventually entered the game as a pinch-hitter.

Mike Carp will get the nod at first base. Carp had been dealing with some swelling in his foot, although he, too, entered Thursday’s contest.

Brock Holt, who has been red hot, once again will lead off. Holt has hit safely in nine of his last 10 games, hitting .349 (15-for-43) in that span. He owns a .429 average against left-handers this season, which ranks first among all left-handed hitters with a minimum of 25 at-bats.

6 p.m. ET: Things got out of hand the last time the Boston Red Sox and Tampa Bay Rays shared a diamond. Go figure.

The Red Sox and Rays emptied the benches Sunday at Tropicana Field after Tampa Bay shortstop Yunel Escobar exchanged words with the Boston dugout and Jonny Gomes stormed in from left field. The rivalry — which has had its fair share of altercations in recent years — will be renewed Friday, when the Red Sox and Rays kick off a three-game series at Fenway Park.

Brandon Workman will take the ball for Boston in Friday’s series opener. Workman started Sunday’s heated contest — his first start of the season — and tossed five innings of three-run ball. Friday will mark his third career start at Fenway Park, where he owns a 2.22 ERA (six earned runs over 24 1/3 innings) in 11 career regular-season appearances.

Workman will face David Price, who surrendered five earned runs on five hits over eight innings against the Red Sox on Saturday. He didn’t factor into the decision, as the Rays won that game in 15 innings.

Rain had been falling at Fenway Park, but it’s starting to go away. The first pitch is scheduled for 7:10 p.m. Tune in on NESN, and keep it right here with NESN.com throughout the evening for updates. 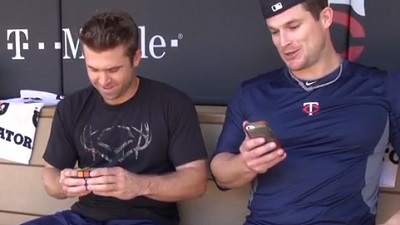