Sorry, ladies. Aaron Rodgers is off the market.

The two were spotted together backstage at the Academy of Country Music Awards in Las Vegas last month and again Saturday at a Malibu restaurant, where they reportedly “behaved like quite the couple.”

Munn, best known for her role on the HBO series “The Newsroom,” recently split with her boyfriend of two years, actor Joel Kinnaman.

Rodgers currently is enjoying the NFL offseason after his 2013 campaign ended on a sour note with a loss to the San Francisco 49ers in the NFC wild-card round. A broken collarbone limited him to just 10 games (including playoffs) last season, his lowest total since 2007. 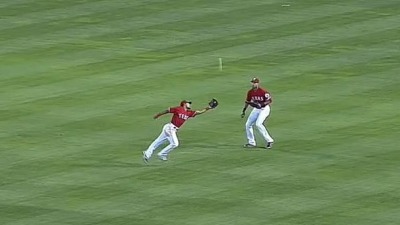