The Cleveland Cavaliers don’t enjoy much success on the court, but when it comes to the NBA draft lottery, few teams have been more lucky.

Cleveland will be selecting first overall for the sixth time in its history and the third time in the last four years after winning Tuesday night’s draft lottery despite having a 1.7 percent chance of winning the first pick.

“My sources in Cleveland indicate Wiggins is the likelier choice at this early stage,” Ford writes. “They feel he has the most long-term potential, helps them defensively right out of the gate and can replace Dion Waiters in the starting lineup while adding character to the team.”

Wiggins, Kansas center Joel Embiid and Duke forward Jabari Parker are the consensus top three prospects in the 2014 draft class. Australia’s Dante Exum is another player who could be selected with a top-three pick, but the Cavaliers don’t need to address the point guard position because of Kyrie Irving’s emergence as a superstar.

Wiggins projects to be a small forward capable of averaging 20-plus points per game, along with elite one-on-one defense after he fully develops. He’s drawn comparisons to Los Angeles Lakers guard Kobe Bryant.

Whoever the Cavaliers choose first overall, their fans are hoping that he makes a stronger impact as a rookie than Anthony Bennett did this past season. Bennett was taken with the top pick in the 2013 draft and averaged just 4.2 points and 3.0 rebounds for the Cavaliers. It was one of the worst rookie seasons by a No. 1 pick in league history.

The Cavaliers will be the first team to pick No. 1 overall in back-to-back seasons since the Orlando Magic in 1992 and 1993. The Magic selected Shaquille O’Neal in 1992 and Chris Webber (who was quickly traded to the Golden State Warriors for Penny Hardaway) in 1993. O’Neal and Hardaway helped Orlando reach the NBA Finals in their second season together. Cleveland is hoping for similar results after failing to make the playoffs in each of the four seasons following LeBron James’ departure. 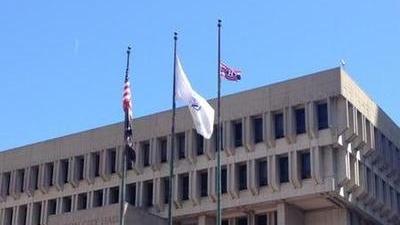 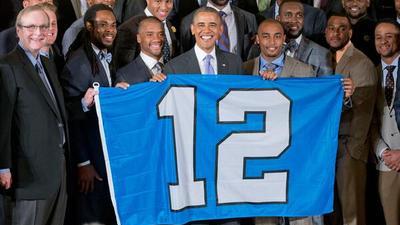