In the wake of their best playoff showing in 10 years, the Washington Wizards are looking to shake things up. They don’t have much of a choice, since key players Trevor Ariza and Marcin Gortat are free agents, and the team is understandably worried about both players’ affordability.

This is where Green, a native of the Washington, D.C., area, comes in. The Wizards have “long liked” Green, according to Grantland’s Zach Lowe, and the fact that he has just two seasons at $9.2 million each remaining on his contract is attractive to Washington.

Ariza and Gortat each made $7.7 million this season in the last year of their respective deals. Power forward Nene is on the books for $26 million over the next two seasons, and John Wall’s five-year maximum extension kicks in next season at more than $13.7 million.

Thus, the Wizards’ “liking” Green. But do they like like him? We’ll let you know after Brooke slips him a note in homeroom. 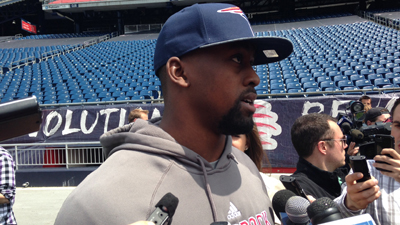