Rickie Lambert could be heading back to the place where it all started.

Liverpool has lodged an official transfer bid to Southampton FC for Lambert, according to Sky Sports, the Mail and the Liverpool Echo.

Depending on the report, Liverpool has offered anywhere between £4 million ($6.7 million) and £8 million ($13.4 million) for the Southampton and England striker. There reportedly are a number of clauses and add-ons that will affect the value of the potential transfer.

Lambert, 32, joined the Liverpool academy at age 10 but was released at age 15. Lambert started his professional career as a journeyman in England’s lower divisions before finding his groove at Bristol Rovers in 2006-07.

After three successful seasons at Bristol Rovers, Lambert joined Southampton in 2009-10 and helped the Saints achieve successive promotions in 2010-11 (from the third division to the second division) and 2011-12 (from the Championship to the Premier League).

Lambert’s ability to score goals in the Premier League helped him earn his first call-up to England’s national team (last August at age 31). Lambert currently is on England’s squad for the 2014 FIFA World Cup.

It’s unlikely that Lambert would dislodge either of Liverpool’s two incumbent star strikers, Daniel Sturridge or Luis Suarez, in manager Brendan Rodgers’ first-choice starting lineup. Rodgers probably would use Lambert as a target forward should the Reds change their attacking approach in a given situation. 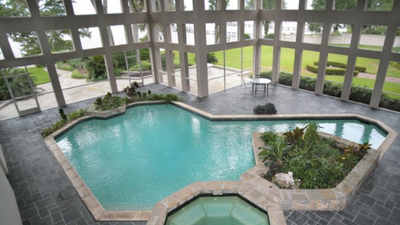