NEW YORK — The 2014 NFL draft is over, which means an even crazier time starts — the race to sign undrafted free agents.

The Patriots already have signed some priority rookies who were not selected in the draft. We’ll keep a tab on them here.

Deering played safety, wide receiver, wildcat quarterback and running back with the Scarlet Knights. The 6-foot-1, 209-pound rookie also returned 41 kicks for 1,100 yards and a touchdown. Deering recorded 39 tackles and an interception in his first year as a safety in 2013. He caught 21 passes for 415 yards and a touchdown and had 130 carries for 578 yards and two touchdowns on offense during his four-year career at Rutgers.

The Patriots signed Oklahoma running back Roy Finch on Saturday, according to his agency KMM Sports. Finch had 262 career carries with the Sooners for 1,412 yards with six touchdowns. He also had 58 catches for 442 yards with two touchdowns.

Finch also returned 43 kicks for 1,099 yards with a touchdown during his four-year career.

Bowling Green tight end Tyler Beck signed with the Patriots, his university tweeted out. The 6-foot-3, 252-pound rookie caught 10 passes for 177 yards and two touchdowns in 2013. He ran a 4.81-second 40-yard dash at his pro day in March.

Delaware cornerback Travis Hawkins also signed with the Patriots, a source told The Baltimore Sun’s Aaron Wilson. Hawkins transferred from Maryland after the 2010 season. The 5-foot-10, 192-pound corner ran a 4.37-second 40-yard dash with a 6.80-second 3-cone at his pro day in March.

Hawkins had four interceptions with the Fightin’ Blue Hens in 2013. He also was used as a kick returner.

Massive East Carolina tight end Justin Jones signed with the Patriots, ESPN.com’s Field Yates reported Saturday. Jones is 6-foot-8, 274 pounds and sat out the 2013 season due to academic issues. He ran a 4.90-second 40-yard dash with a 6.88-second three-cone and 38-inch vertical leap at Detroit’s Scouting Regional Combine in March. 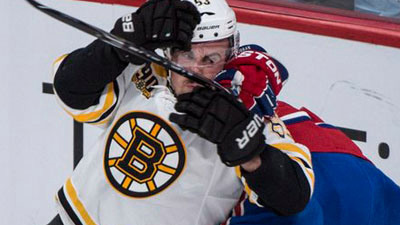