Stars GM Believes 'There Could Be A Lot Of Moves' At 2014 NHL Draft - NESN.com Skip to content The anticipation surrounding the 2014 NHL draft might be greater for the trades that could go down before and during the event than for the players actually picked.

At least one general manager believes there could be a flurry of moves in Philadelphia, where this year’s draft will be held June 27-28.

“Some teams are going to be looking to move some salaries, and I just have a feeling there could be a lot of moves,” Dallas Stars GM Jim Nill recently told Kevin Allen of USA Today.

Allen also writes that the Panthers might look to move the No. 1 overall selection. That comes as no surprise because Panthers GM Dale Tallon told Sportsnet 590 The Fan earlier this month that he “definitely will” shop the top pick. The Panthers were involved in the most recent trade involving a No. 1 pick, sending the top selection in the 2003 draft to the Pittsburgh Penguins, who chose goaltender Marc-Andre Fleury. Florida selected forward Nathan Horton with the third pick.

With the salary cap going up to about $69 million to $71 million for next season, teams will have more money to use when making trades compared to last year’s draft, when the cap ceiling had gone down about $6 million following the lockout-shortened 2013 season.

According to CapGeek, 18 teams have over $20 million in cap space for next season. Most of those teams will use a portion of that space to re-sign players and come to terms with draft picks, but it wouldn’t be surprising if some of that cap space is used to make trades because the 2014 class of unrestricted free agents is weak.

The last two drafts have featured blockbuster trades. In 2012, the Penguins traded former No. 2 overall pick Jordan Staal to the Carolina Hurricanes in a multi-player deal. A year later, the New Jersey Devils acquired Canucks goaltender Cory Schneider for the No. 9 overall pick, which Vancouver used to select center Bo Horvat. 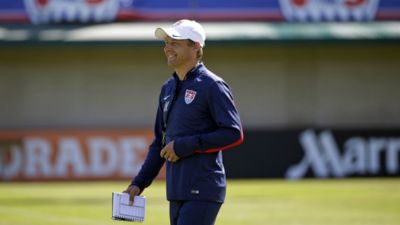