BOSTON — Stephen Drew is walking through that door.

The Red Sox, realizing they need help on the left side of their infield, agreed to a one-year contract with Drew, who is expected to undergo a physical in Boston on Wednesday. Red Sox manager John Farrell said before Tuesday?s game against the Toronto Blue Jays at Fenway Park that Drew will need roughly 25 at-bats — likely spanning 10 to 12 days — before joining the big league club.

So what exactly does the Drew deal mean for the Red Sox? Well, according to Farrell, it means, above all, that the Red Sox just became a much better ballclub.

?We?ve added a very good player to improve this team,? Farrell said. ?And I think that?s the one thing that (general manager) Ben (Cherington) and ownership have repeatedly shown. When a need exists, they?ll do whatever is capable and what?s available at a given time to improve the team. Stephen?s return to us could very well do that. It?ll add stability to the left side of the infield.?

Drew?s return should make the Red Sox’s sputtering offense more formidable against right-handed pitching. The 31-year-old also should help improve the Red Sox?s infield defense, which has been spotty through the first 43 games.

?He?s an above-average defender. We lived that a year ago,? Farrell said. ?He played an exceptional shortstop, particularly in October. To have that experience and that dependability, I think it?ll go a long way to stabilizing the left side of the infield.?

From a personnel standpoint, the Drew signing means Xander Bogaerts will play third base — something the 21-year-old hasn?t done this season but did several times last season, including during the playoffs. The left side of the infield on most nights will feature Drew at shortstop and Bogaerts at third base, particularly against right-handed starters.

?We still believe that there?s a very good athlete there,? Farrell said of Bogaerts moving to third. ?Yeah, there?s going to be some differences to angles and to the length of different types of ground balls or the hops on certain plays. But we feel like he?s going to be able to handle that.?

Farrell said the Red Sox still view Bogaerts as a shortstop long-term, even though the team has at least discussed if he’ll eventually grow out of the position. It?s also possible Bogaerts still could garner playing time at his natural position if/when Boston opts to hold Drew out of the lineup against a left-handed starter.

Will Middlebrooks? future, however, remains unclear. Middlebrooks currently is on the 15-day disabled list with a fractured right index finger, and Farrell said he hasn?t had a chance to speak with the third baseman since reports of Drew?s deal first surfaced.

It?s possible Middlebrooks could land back at Triple-A Pawtucket, as the 25-year-old has an option remaining and his production this season — .197 batting average, .305 on-base percentage, two home runs and nine RBIs in 21 games — suggests he could use more minor league at-bats. Farrell was noncommittal, however, when asked what Drew?s return means for Middlebrooks, saying only that he expects the third baseman back with the Red Sox when healthy.

?Will?s case is unfortunate that he?s on the disabled list with a broken finger, and that?s completely out of his control and we?ll work through once he returns to us,? Farrell said. ?Because there?s going to be the need for a rehab assignment once he?s healthy. We don?t have an exact timeframe on his return, so with these moving parts, the best way to improve our team was to bring Stephen in.?

Farrell stressed Tuesday that adding Drew doesn?t mean the Red Sox are non-committed to their young players. The Red Sox simply saw bring back the free-agent shortstop as a way to improve the current major league roster without having to give up any talent.

?We?re still about winning every day, and this improves our team once Stephen comes back to us,? Farrell said.

It took a while. But clearly, the Red Sox left the door open a crack.

Report: Kevin Love ‘Open’ To Playing For Celtics If Traded To Boston 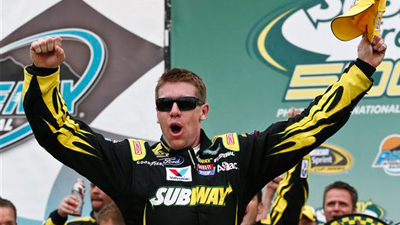