BOSTON — Tickets for the July 23 Liverpool FC-AS Roma game at Fenway Park went on sale Friday. Tickets range from $30 to $120 and are available at redsox.com/footballatfenway, lfctour.com, or by calling (877) RED-SOX9.

The game will feature two of the most prominent clubs in European soccer — both of which have significant New England fan bases and ties to the Boston area — setting the stage for an exciting rematch. The clubs last squared off at Fenway on July 25, 2012, before a sold-out crowd of more than 37,000 fans.

Fenway will be divided into neutral, AS Roma and Liverpool FC supporter sections, with the Liverpool “Kop” recreated in the bleachers and right field.

Liverpool’s highly anticipated return to Fenway marks the start of the team?s 2014 preseason tour, which includes International Champions Cup games in Chicago, New York, and Charlotte. The tour aims to engage U.S.-based fans and offer them better access to the club they love. In addition to games in each of the four U.S. cities, Liverpool FC will host player appearances and Liverpool FC Foundation community activities.

AS Roma is based in Rome and competes in the world-renowned Italian Serie A League. Commonly referred to as the ?Giallorossi,? or ?Yellow Reds,? AS Roma has won three Serie A titles, nine Italian Cups and two Italian Super Cups.

Johnny Manziel’s Text To Cleveland Browns: ‘Hurry Up And Draft Me’ 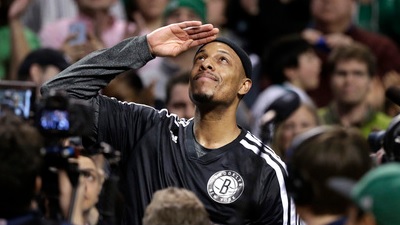