Detroit Red Wings forward Tomas Tatar has some free time on his hands since his team was ousted by the Boston Bruins in the first round of the Stanley Cup playoffs, and the Slovak is keeping his skates sharp during the offseason.

Tatar is playing the IIHF World Championship that began Friday in Minsk, Belarus, representing his home country of Slovakia. But Tatar almost didn’t make it past the team photo without injuring himself.

Each nation took group photos before the tournament started, and as the Slovakian team was setting up for its picture, Tatar managed to fall off of the bench he was standing on in the back row (stick tap to Reddit/r/hockey for the find).

“Someone with a bench moved and we fall down, down like dominoes. I was fine, but I was sorry our physiotherapist who was not unlike me gear and also fell,” Tatar said, via Webnoviny.sk (translated by Google Translate).

Team Solvakia takes on Norway on Wednesday in the preliminary round of tournament. 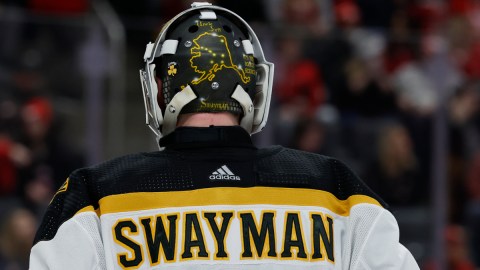 What Bruins’ Jeremy Swayman Said About Skirmish With Sam Gagner 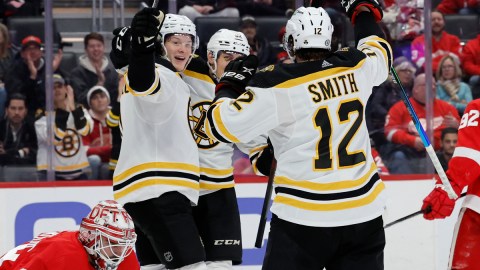 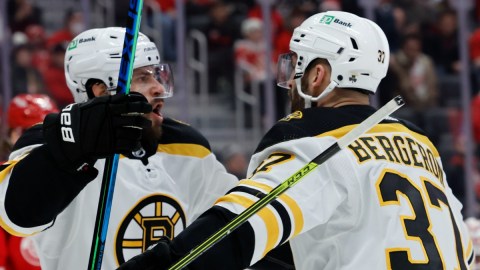