Matt Fraser will never forget Game 4 of the 2014 Stanley Cup playoff series between the Boston Bruins and Montreal Canadiens.

The 23-year-old winger made his NHL playoff debut Thursday night at Montreal’s Bell Centre and scored in overtime to give the Bruins a 1-0 victory and even the second-round series at two games apiece.

Check out Fraser’s first career postseason goal in the video below. 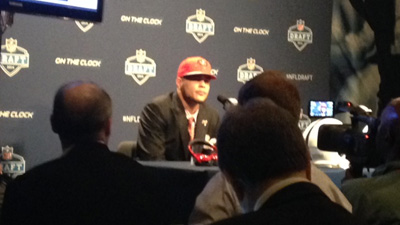 Mike Evans: Johnny Manziel Should Have Been No. 1 Pick In NFL Draft