In order to rank centers, you first have to find some.

The center crop has gotten thinner and thinner over the years, as more 7-footers move to the wing and post-ups become a thing of the past. Now, true big men often are only found overseas — and even they don’t entirely fit the center mold.

Kristaps Porzingis withdrawing from the draft and Walter Tavares signing a contract with Gran Canaria of the Spanish League whittled away even more at the center depth in the 2014 NBA draft. All anyone needs to know about centers in this year’s class is that Joel Embiid will be out several months with a broken foot, and he’s still the top center on the board by a healthy margin.

This continues NESN.com’s draft week coverage, which began with ranking the top 15 guards on Monday and forwards on Tuesday. We will post our final 2014 NBA mock draft Thursday, the day of the draft.

1. Joel Embiid, Kansas (C, 7-0, 250) — If his back and right foot hold up — and these are massive “ifs” — Embiid could become a game-changing force at both ends. His game improved by leaps and bounds last season at Kansas, before he was shut down with a stress fracture in his spine. Once the presumptive No. 1 pick, Embiid is in danger of falling out of the top 10 with last week’s news that he had suffered a stress fracture in the navicular bone in his right foot.

2. Clint Capela, Switzerland (PF/C, 6-11, 210) — The position falls off substantially after Embiid. Capela is extremely raw, even by the standards of this list, with little understanding of offensive or defensive principles. The interest in him is entirely due to his 7-foot-5 wingspan, 9-2 standing reach and bouncy leap ability.

3. Jarnell Stokes, Tennessee (C, 6-9, 260) — Stokes likes to battle. It’s a good thing, too, because the rest of his game lacks refinement. He is a tough rebounder who loves contact at both ends, while his reach and instincts make him a loose ball magnet.

4. Mitch McGary, Michigan (C, 6-11, 250) — Last season was disastrous for McGary, who suffered a season-ending back injury and tested positive for marijuana, which would have led to a suspension if he had come back for the 2014-15 season. He is a workmanlike reserve big man who know how to rebound and defend.

5. Jusuf Nurkic, Bosnia (C, 6-11, 280) — Though he was foul-prone in the Adriatic League, Nurkic has an 86-inch wingspan that has many observers envisioning him as a rim protector. He is said to be a decent passer on the block, but it is doubtful how many touches he will get at that spot in the NBA.

6. Patric Young, Florida (C, 6-10, 250) — A four-year player for the Gators, Young will be a quality backup big man for a long time. He can’t really score and he is not an outstanding rebounder, but he defends like crazy and works his tail off. It seems like he could become a good rebounder with the right instruction.

8. Nikola Jokic, Serbia (PF/C, 6-11, 250) — Just 20 years old, with a wide frame, Jokic should grow into an earth-mover in the NBA. However, he is more of a passer than a scorer and he hasn’t shown much strength in the post so far. It will be interesting to see how he fits in with an NBA offense.

9. Walter Tavares, Cape Verde (C, 7-3, 260) — Tavares hardly knows a lick about the game of basketball right now, and that’s what makes the impact he is able to have now so scary. All he does is work, both on the court and off, by all accounts. He has built himself into a solid rebounder and post defender, and he only gets better by the day.

10. Khem Birch, UNLV (C, 6-9, 210) — Not a true center from a physical standpoint, Birch loves to finish and also can defend and rebound at an NBA bench level. His jump shot is fool’s gold at times, but as long as Birch embraces what he is, there should be a place for him. 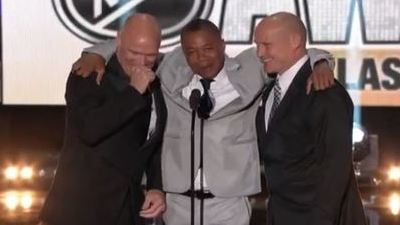