The 2014 NHL draft is Friday night in Philadelphia, and the Boston Bruins will select 25th overall in the first round.

The B’s didn’t have a first-round pick last season after sending it to the Dallas Stars as part of the Jaromir Jagr trade. This year’s first-rounder will give Boston an opportunity to add talent and depth to a prospect pool that has weakened over the last two years following the NHL arrivals of Torey Krug, Matt Bartkowski, Kevan Miller and Ryan Spooner.

The 2014 class has been one of the hardest to judge in recent years because there isn’t a lot of separation in talent between the top 30 prospects.

Let’s look at five potential targets for the Bruins with pick No. 25.

The Bruins have a surplus of NHL defensemen with the emergence of Krug, Bartkowski and Miller as quality players worthy of top-six ice time. We also must not forget about top prospect Joe Morrow, a former first-round pick acquired in the Tyler Seguin trade, who projects to be a top-four D-man. He played in Providence (AHL) in 2013-14 and could compete for an NHL roster spot in training camp.

With that said, you can never have enough organizational depth on the blue line. If the Bruins decide to trade a D-man to acquire a goal scorer this summer, they will need to fill that spot.

McKeown likely will be the best defenseman available toward the end of the first round. He tallied 43 points (11 goals, 32 assists) in 62 games for Kingston last season. His skill set as an offensive D-man includes great puck-moving skills, good vision, excellent skating and a powerful shot from the point. He won’t be ready for the NHL game for another two years, but the B’s can afford to wait, given their aforementioned depth on the blue line.

Ho-Sang plays a power-forward game that includes physicality in all three zones and improving offensive skill. He projects to be a second-line NHL forward capable of scoring 50 to 65 points per season.

Ho-Sang scored 32 goals for Windsor in 2013-14, which was more than twice the total he tallied the previous season. His accurate and powerful wrist shot, puck-handling skill and quickness allow him to create scoring chances for himself and teammates against quality opponents.

Ho-Sang is a great fit for a physical team like the Bruins, especially when you consider his goal-scoring ability. He might not be available at No. 25, though.

Demko became a star last season for the Eagles, posting a 16-5-3 record and a .919 save percentage as a freshman. He helped lead Boston College to another Beanpot title and a 2013-14 regular-season Hockey East championship. His skill set includes good positioning, tremendous athleticism and impressive poise under pressure.

The Bruins have good goaltending depth throughout the organization with Tuukka Rask, Niklas Svedberg, Malcolm Subban and Zane Gothberg, but it doesn’t hurt to add even more talent at the sport’s most important position. Drafting a goalie would be a wise move if Boston wants to include one of its top goaltending prospects — such as Subban — in a potential trade this summer.

Demko is the best goaltender in this year’s draft class, and his pro player comparison is New Jersey Devils starter Cory Schneider, a former Eagle.

Karlsson blends good size (6-foot-1, 187 pounds) with tremendous speed and a willingness to drive hard to the net.

The Swede wins puck battles along the boards, blocks shots, kills penalties and displays a great work ethic in all three zones. His polished defensive skills and power-forward style of hockey make him a solid fit for the Bruins. Karlsson also is a talented playmaker who shows impressive poise and strength with the puck on his stick.

If Ho-Sang is off the board at No. 25, Karlsson likely would be the best option for the Bruins.

The Bruins need more speed and goal scoring at the NHL level and throughout the organization. Lemieux would address both of these weaknesses as a talented winger with excellent puck-handling skills, an accurate wrist shot, a high hockey IQ and game-changing speed.

He also plays with a bit of an edge and gets under his opponents’ skin, much like his father, Claude Lemieux. If the Bruins traded Brad Marchand in the offseason, Lemieux could replace him in a few years because he has a similar skill set. 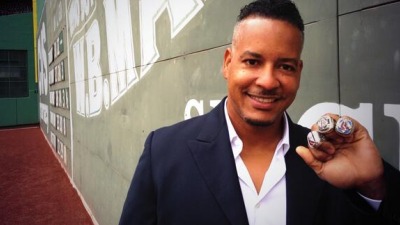 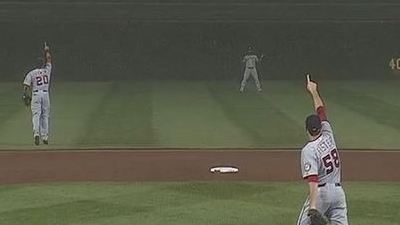