Portugal’s hopes of winning the 2014 World Cup in Brazil rest on the shoulders of Cristiano Ronaldo, but he won’t enter his team’s first group stage game against Germany on Friday with perfect health.

The Real Madrid superstar “cut short a training session with Portugal on Thursday, leaving the field with an ice pack over his left knee ? indicating that his tendinitis may still be bothering the star forward,” the Associated Press reported.

Ronaldo missed two of Portugal’s recent international exhibition matches and played just 66 minutes of the team’s game against Ireland on Tuesday. He enters the World Cup after playing in 51 games for Madrid during the 2013-14 club season.

The reigning Ballon D’Or winner led Portugal to the Round of 16 at the 2010 World Cup, where they lost to eventual champion Spain 1-0. 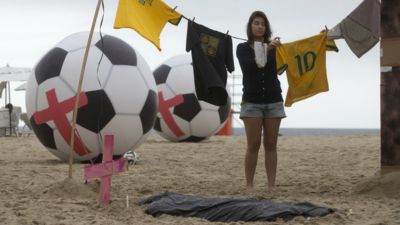