Take a closer look at the six players present for Day 5 of Celtics pre-draft workouts.

C.J. Fair, Syracuse (F, 6-foot-8, 215 pounds) — A second-team All-American and first-team All-ACC selection, Fair averaged a team-high 16.4 points points per game as a senior for the Orange. His best performance came in what many called the game of the year in college basketball, pouring in a career-high 28 points in a 91-89 overtime win over Jabari Parker and Duke. There is skepticism about whether Fair’s college success will translate to the NBA level, though, as most scouts have him pegged as a fringe second-round pick or an undrafted free agent.

Aaron Gordon, Arizona (F, 6-foot-9, 225 pounds) — Gordon is one of three projected first-rounders in Thursday’s workout (along with Grant and McDermott), and there’s a chance he’ll already be off the board by the time the Celtics pick at No. 6. He was a finalist for the Wayman Tisdale National Freshman of the Year award during his one season at Arizona, averaging 12.4 points and 8.0 rebounds per game for a team that spent the majority of the season ranked No. 1 in the nation. On a lighter note, Gordon was in Boston for his sister’s Harvard graduation a few weeks ago, and one commuter caught him sneaking a nap while riding the Red Line.

Jerami Grant, Syracuse (F, 6-foot-8, 220 pounds) — After averaging just 14.3 minutes per game as a freshman, Grant came into his own in his second year at Syracuse. He averaged 12.1 point and a team-high 6.8 boards per game and impressed NBA scouts with his athleticism and length (7-foot-2.75 wingspan). There is concern about his release and the fact that he has zero outside game — he didn’t attempt a single 3-pointer last season — but most expect the nephew of four-time NBA champ Horace Grant to go somewhere in the latter part of the first round.

Luke Hancock, Louisville (F, 6-foot-6, 200 pounds) — Hancock was the Final Four MVP in 2013 after helping lead Louisville to the national title. He tallied a career-high 12.3 points per game as a senior in 2013-14, but scouts have not been particularly impressed with his game. Hancock is a long shot to be drafted and might be looking at a career overseas.

Geron Johnson, Memphis (G, 6-foot-3, 203 pounds) — Like Hancock, Johnson is not a name that appears on many draft boards. Johnson was dismissed from two junior colleges before landing at Memphis before his junior season. His playing time dropped slightly as a senior last season, as did his scoring output (10.4 points per game to 8.9). He was the only guard invited to work out Thursday.

Doug McDermott, Creighton (F, 6-foot-8, 225 pounds) — McDermott was the most decorated player in the country last season, earning first-team All-America honors and being named the national player of the year by 14 different organizations. He led the nation in scoring with 26.7 points per game while also ranking second in field goals made (1141) and and ninth in 3-point percentage (.458). Scouts have raved about his scoring ability but questioned whether an undersized player like him can have success as an NBA power forward. Regardless, McDermott is regarded as a mid-to-late first-rounder who might be available for the Celtics at No. 17.

Kevin Durant, Rapper The Game Beef Over $20K Bet Made At Drake’s House 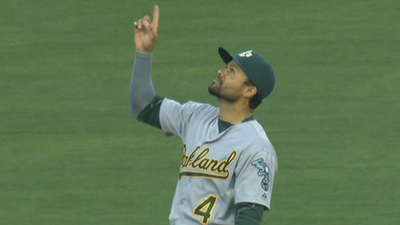