The Red Sox signed 36-year-old outfielder Andres Torres to a minor league contract Wednesday. Torres, who is coming back from an Achilles? injury, won?t join the Red Sox right away, but his signing certainly has immediate implications for Boston?s struggling outfield.

Torres will report to Single-A Lowell this week, at which point he?ll begin working his way up the Red Sox?s minor league system. If Torres progresses as anticipated, it could eventually leave one of the Red Sox?s current major league outfielders on the outside looking in. Grady Sizemore is the likeliest odd man out given his lack of production, meaning the 31-year-old is approaching a critical point.

Sizemore entered Wednesday?s game against the Baltimore Orioles at Camden Yards hitting .220 with a .291 on-base percentage and .618 OPS. It?s been an underwhelming season for the three-time All-Star in his first year of organized baseball since 2011, and general manager Ben Cherington acknowledged such before Tuesday?s game in Baltimore.

?I think he would tell you he hasn?t been as consistent as he?d like to be, hasn?t made the impact as he?d like to,? Cherington said. ?Look, we?re all in this together. We know collectively we?ve got to get better. We all have to perform better, that starts with me. And we just have to make that happen. We?re not ready to proclaim that this has to happen or that has to happen or there needs to be any particular move. We just have to play better.?

Torres might not be an outfield savior. He?s had three tumultuous seasons since posting an .823 OPS and helping the San Francisco Giants win the World Series in 2010. But Torres is a switch-hitter who can play center field and who has a track record of producing more against left-handers — he owns a .265/.340/.397 career slash line against lefties, as opposed to .230/.306/.374 against righties — so he could be a decent complement to Jackie Bradley Jr. That makes Sizemore expendable if he doesn?t show drastic improvement between now and when Shane Victorino returns from the disabled list.

?Recognizing that there?s an injury he?s coming back from, everything in his workouts right now suggests this is a worthy situation to take a look at,? Red Sox manager John Farrell said Wednesday of Torres. ?I don?t think we have a clear-cut time frame for this one. There?s no prescribed date that?s make-or-break.?

Victorino and Jonny Gomes are locks for jobs. Bradley provides value through his glove work. If Torres gets a major league opportunity, it?ll likely be at the expense of either Sizemore or Daniel Nava. And since Sizemore is closing in on some important plate appearance incentives — he?ll earn $250,000 for every 25 plate appearances between 225 and 500, and he?s currently at 196 — the Red Sox could decide to pull the plug sooner rather than later.

For now, we?ll have to wait and see. But there?s definitely a little more outfield competition now than there was when everyone went to bed Tuesday night. 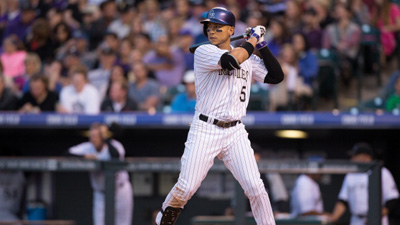