The stadium itself, which is scheduled to open in the fall of 2017, features some of the most futuristic ideas that fans have ever seen. It has a retractable roof called the “Oculus,” complete with a “video halo” that will encircle the opening created when the roof if lifted.

The stadium also offers a panoramic view of the downtown Atlanta skyline in some depictions. The team broke ground on the new venue May 20, and more than 30 renderings have been released since the announcement of the new venue.

Click here for the best renderings of the new stadium >> 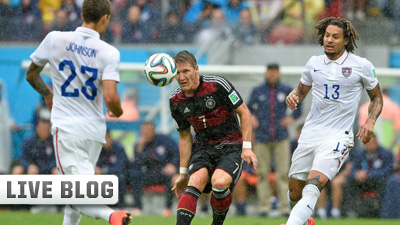 USA-Germany 2014 World Cup Live: Americans Lose But Reach Round Of 16