It’d be shocking if Patrick Kane and Jonathan Toews didn’t sign contract extensions over the summer to remain with the Chicago Blackhawks for the foreseeable future.

They have each won two Stanley Cups and a Conn Smythe Trophy during their tenure with the Blackhawks, and they’re entering the final year of matching five-year, $31.5 million deals. Toews and Kane reiterated their love for the team during Tuesday’s break-up day.

As expected, re-signing these players is at the top of the team’s to-do list over the summer, according to general manager Stan Bowman.

The real question is how much will it cost to keep two of the NHL’s top-five players in Chicago long term.

Several gigantic contracts have been signed since the 2013 lockout. Anaheim Ducks superstars Corey Perry and Ryan Getzlaf both signed eight-year extensions worth over $8.5 million per year in 2013, and Toronto Maple Leafs winger Phil Kessel signed an eight-year deal worth $8 million annually this past season. The biggest contract following the lockout was signed by Evgeni Malkin, who received an eight-year deal worth $9.5 million per season with the Pittsburgh Penguins in 2013.

There’s no doubt that Toews and Kane could make $9 million or more per year in their next deals. They are elite players in the prime of their careers who dominate in the regular season and playoffs. Very few teams are lucky enough to have two franchise cornerstones.

But for general managers to build a roster that competes for championships on a yearly basis in the salary cap era, the stars need to give the team a break financially.

Sidney Crosby took a little less money from the Penguins when he re-signed in 2012 so the front office had more salary-cap space to fill other roster needs. Don’t be surprised if Kane and Toews do the same, especially since several other Blackhawks players, including breakout star Brandon Saad, also will need new extensions in the near future.

Luckily for the Blackhawks, the cap is expected to rise substantially over the course of the current collective bargaining agreement, thanks in part to the new Canadian television rights agreement with Rogers worth $5.2 billion.

Here are some other notes from Chicago’s break-up day.

— Johnny Oduya suffered an injury in the Western Conference finals, and his status for the Stanley Cup Final would have been in jeopardy.

— Patrick Sharp didn’t want to disclose any details on a possible injury during the playoffs.

— Saad, a second-line winger, became a bonafide star in the postseason alongside Kane and Andrew Shaw. Saad finished third on the team in playoff scoring with 16 points (six goals, 10 assists) in 19 games. He’s eligible for an extension this summer.

— Veteran center Michal Handzus scored the overtime winner in Game 5 of the Western Conference finals to help Chicago avoid elimination, but he had a terrible postseason overall with just three points in 19 games. Handzus said he’s not going to retire, but expect the Blackhawks to fill his spot with a younger player next season.

— Backup goalie Antti Raanta is willing to return. He went 13-5-4 as Corey Crawford’s backup in his first NHL season.

All salary information via CapGeek.com 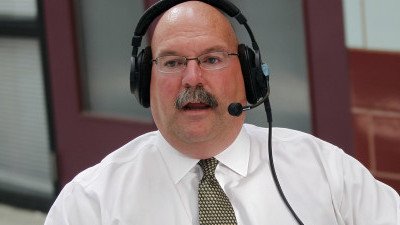