Most expect Brazil to win the 2014 FIFA World Cup. I still don’t.

“Neymar is only 22, and 2014 is probably too early for him to lead Brazil to the world championship,” I’ve said. “His supporting cast — Oscar, Willian, Hulk, Bernard and Fred — either are too young or simply aren’t good enough to shine on the the big stage.”

The early evidence suggests yours truly knows little about the sport he covers for a living.

Brazil defeated Croatia 3-1 in the opening game of the 2014 World Cup on Thursday. Neymar scored two goals in his World Cup debut.

Neymar’s first goal was a superb solo effort in the 29th minute, which tied the game after Croatia had taken shock early lead 18 minutes earlier. Neymar scored the game-winner in the 71st minute by coolly dispatching a penalty kick in the game’s most pressure-packed moment.

Oscar then sealed Brazil’s victory in second-half stoppage time with an eye-catching goal of his own.

Headlines writers will say that the Neymar hype is real and his team will (samba) dance its way to glory, but the performances of Neymar, Oscar and Brazil were not good enough to convince this observer that he is making a grave mistake by not backing the host nation.

Croatia goalkeeper Stipe Pletikosa should have saved Neymar’s second goal as well as Oscar’s. Had Pletikosa been better positioned on Neymar’s first goal, he might have the shot out for a corner kick instead of watching it bank off the inside of the post and go into the goal.

Then there was the referee. Yuishi Nichimura is under scrutiny after he made two controversial calls in the second half, both of which went in Brazil’s favor. Brazil striker Fred won the penalty kick that Neymar scored by flopping when coming into contact with Croatia defender Dejan Lovren.

Oscar deserves plenty of credit for playing well against two top center midfielders, Luka Modric and Ivan Rakitic. Oscar has proven that he is the real deal during his two seasons at Premier League club Chelsea, and his performance against Croatia will enhance his reputation.

Aside from the goals, Neymar made a limited contribution to the overall flow of Brazil’s game. Though it may seem like it at first glance, Neymar wasn’t a constant menace against Croatia. Neymar is already a star and is approaching superstar status, but two goals — moments really — against Croatia alone won’t elevate him into that exalted category.

Croatia likely will be Brazil’s toughest test in Group A, and both Neymar and the hosts passed it without sustaining excellence for 90 minutes.

Neymar likely will add to his goal tally and highlight reel against Mexico and Cameroon, but the real exams will come in the knockout rounds of the competition. Neymar will face tighter defenses and endure tougher tackles from better defenders in those games.

There’s no doubt that Neymar can score at this level, as his two goals in one World Cup game attest (as does his record of 33 goals in 50 games for Brazil), but he must do it in the knockout rounds in order to make me eat my words.

Review our live blog of Brazil-Croatia >> 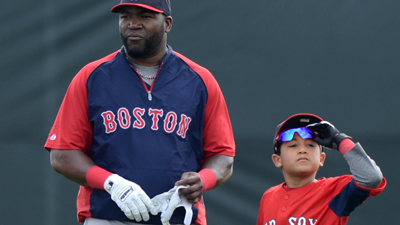