WALTHAM, Mass. — If you were a fly on the wall at the Boston Celtics’ practice facility these days, chances are you would hear a lot of arguing.

No, the Celtics’ front office isn’t coming apart at the seams over the pressures of the upcoming NBA draft or the ongoing Kevin Love courtship. Arguing is just how the team’s brass gets ready for what is always a hectic draft night.

“Basically, we argue about which players we like constantly, just like you do with your buddies at home,” said Austin Ainge, the Celtics’ director of player personnel. “That’s what we do, every day.”

If that sounds more like fun than work, keep in mind that winning the argument doesn’t end with the Celtics picking a particular player. Only if the player turns out to be a productive professional is the argument truly won. Because of this, the Celtics employ a comprehensive approach to draft preparation, including draft boards, positional rankings, multiple opinions on each player and attempts to prevent an insular environment in which bad judgments can be reinforced.

Without giving away specifics, Ainge outlined a rough sketch of the team’s methods. It starts with fielding opinions from throughout the staff on every player. The goal is to be prepared for whatever arises on draft night, be it a surprise selection ahead of them (the Celtics pick sixth and 17th this year) or a last-minute trade. They draw up multiple scenarios and have what Ainge calls “statistical draft models,” but perhaps the greatest effort seems to be devoted to building their internal player rankings and tiers.

The Celtics have an overall draft board, but that can become unwieldy. “It’s hard to compare across positions,” Ainge said. “Sometimes, the fifth-best point guard is better than the second-best shooting guard. It’s easier by position for us. It’s harder when you start doing the total list.” Setting these rankings can lead to spirited debates, which is why the Celtics do their best to remove emotion from the equation.

Sometimes, every person in the room will submit his or her rankings, and the results are tallied into one product. Other times, a person will debate for a player, then switch sides and debate against a player.

“We try to make it so whoever’s the best arguer doesn’t always win,” Ainge said.

By the time players come in for workouts, the Celtics know the measurements, statistics and tendencies back to front. Their goal in workouts is to measure each player’s aptitude, simulating situations where he needs to make a read or some quick decision. The workout concludes with a three-minute run in which the player sees how many times he can dash from one baseline to the other in the allotted time. The run is more than a test of the player’s endurance; it’s a test of his spirit when his legs get heavy.

The workouts are informative, but they usually are not deal-breakers. The Celtics understand the pre-draft process is a grind for prospects. As Ainge says, “you feel like a horse at a show.” Celtics coach Brad Stevens, who tends to stay out of the back-room haggling, leads the workouts, but even he understands the danger of reading too much into one 85-minute session.

“You don’t know if that’s the one day they woke up sick to their stomach, or they had four straight workouts across the country before they had to come here,” Stevens said. “You have to factor in all that stuff when evaluating based just on a workout.”

Along the way, the team adjusts to each new development. Injury concerns allowed Avery Bradley and Jared Sullinger to fall into the Celtics’ laps in past drafts. Thursday’s news that this year’s presumptive No. 1 pick, Joel Embiid, had suffered a broken foot shook up the board. That presents another wrinkle to the draft outlook for the Celtics, who reportedly won’t be afraid of picking Embiid despite his injury history.

After all this work, the draft will zip by. Teams have just five minutes between picks, which might seem like plenty of time to make a selection, but it is an extremely tight window to try to pull off a trade. Ainge said it has been a challenge to get teams to pull the trigger on last-minute deals under such pressure. “Major” deals — like the one last year that sent Paul Pierce and Kevin Garnett to the Brooklyn Nets — are hard to do in five minutes, Ainge said. “Smaller ones are not so hard.”

Judging by the Celtics’ recent history in the draft, the preparation pays off. They nabbed Rajon Rondo, Bradley and Sullinger outside the lottery. They swung Jeff Green, the fifth pick in 2007, for Ray Allen, setting the stage for the acquisition of Garnett later that summer. For sure, there have been misses. But while the Celtics endeavor to learn as much as possible before draft night, they realize they cannot know everything.

“Even though we all feel like we know what order it’s going in this time of year, no one had Anthony Bennett going No. 1 last year,” Ainge said. “No agent’s going to tell us the truth. We try to use logic and deduce and look at small things, but we really don’t know. We try to be prepared for any eventuality.”

Whatever the outcome of the draft, the Celtics are neither the geniuses their proponents claim they are, nor are they the fools their critics accuse them of being. No matter the results, though, the Celtics strive not to be caught unprepared. That much can’t be argued. 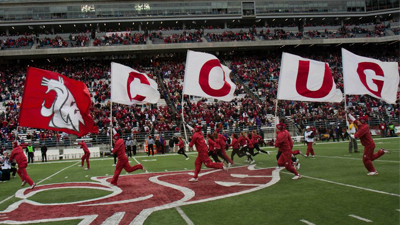 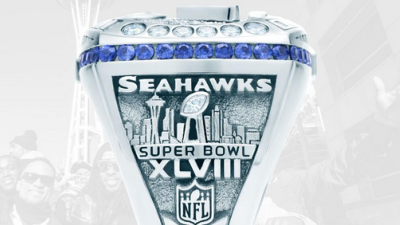