Danny Ainge: 'Everything I Said About This Draft, I Still Believe' - NESN.com Skip to content BOSTON — Armed with two first-round picks in the 2014 NBA draft, Danny Ainge stuck by his earlier declarations that this year’s class has been overhyped — with a slight hedge.

The Boston Celtics’ president of basketball operations humored reporters Thursday at TD Garden by answering a few questions in advance of the draft. Upon entering the room, Ainge asked the assembled media, “Does anybody have any questions I probably won’t answer?”

Still, Ainge was about as illuminating as one could expect. He acknowledged there has been “a lot more” conversations with other teams in the hours leading up to this draft than in years past, and that the team’s front office has come to a consensus on Joel Embiid’s health risk — although Ainge would not disclose what the consensus was.

Ainge also clarified his stance for most of the past year that the field in this draft is “all hype.”

“I think early in the year, I said it’s a little bit overhyped,” Ainge said. “I think midway through the year, it was still overhyped. Part of that is just maybe the player in me. Like, come on, let these kids be kids. None of these guys are franchise-turners. I still believe that. Everything I said about this draft, I still believe.

“I’ve always believed, just like in every draft, there’s players that are going to be good, guys that can start, guys that can play in rotations on championship teams. There will be a couple of them, three or four, maybe, who become NBA All-Stars. I wish I knew which one of those they will be.”

Ainge might sound like he is backtracking — and he is, a bit — but he has been adamantly consistent that the draft lacks “franchise-turners,” which players like Andrew Wiggins and Jabari Parker have been called. Even so, the Celtics are unlikely to have a shot at picking Wiggins or Parker with the No. 6 pick, anyway, and could be targeting Marcus Smart or Julius Randle at that spot. 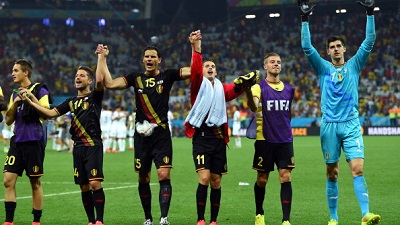 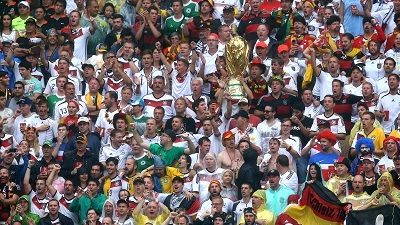