There isn’t much more for Dodgers ace Clayton Kershaw to accomplish besides winning a World Series ring.

Kershaw dominated the Colorado Rockies on Wednesday night, striking out a career-high 15 and allowing his only baserunner on a throwing error by shortstop Hanley Ramirez in Los Angeles’ 8-0 victory.

Kershaw’s gem gave the Dodgers both no-hitters in the majors this season. Josh Beckett tossed one May 25 in Philadelphia.

“I am so amazed,” Kershaw said. “Beckett told me he was going to teach me how to do that, so I have Josh to thank.”

Cheered on by his wife in the stands, Kershaw (7-2) retired his first 18 batters before Corey Dickerson led off the seventh with a slow bouncer to Ramirez. His throw on the run went wide past first baseman Adrian Gonzalez for a two-base error — ending any chance for a perfect game.

But that was it for the Rockies against the 26-year-old Kershaw, who shrugged off the miscue and came oh-so-close to pitching the 22nd perfect game in the majors since 1900.

“He had command of everything. I told him between innings: ‘It’s not fair when you have a devastating slider and a devastating curveball in the same night,” Dodgers catcher A.J. Ellis said. “And when he does that, nights like this are really possible.”

One batter after Dickerson reached base, rookie third baseman Miguel Rojas backhanded Troy Tulowitzki’s grounder behind the bag and let fly with a strong throw to first that Gonzalez — a three-time Gold Glove winner — scooped out of the dirt to keep the no-hitter intact.

And with the crowd of 46,069 on its feet and roaring, Kershaw made quick work of the Rockies in the ninth.

DJ LeMahieu grounded out to first base on the first pitch and Charlie Culberson hit a lazy fly to right field on the next one. Dickerson then saw four straight strikes and went down swinging.

The only pitcher to have more strikeouts in a no-hitter was Hall of Famer Nolan Ryan, according to STATS. 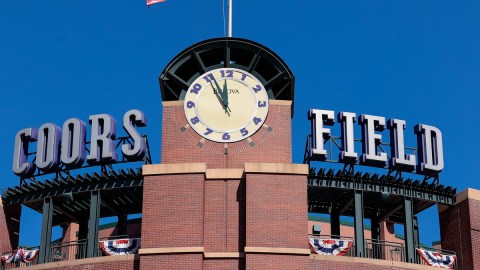 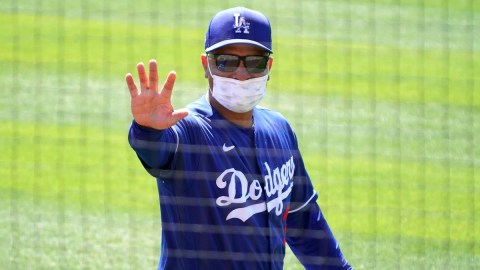