FOXBORO, Mass. — Duron Harmon has a golden opportunity in front of him, but he knows that nothing is guaranteed with the New England Patriots.

Harmon has the chance to start in just his second season with the Patriots after last year’s strong safety, Steve Gregory, was released in February. Harmon toed the company line when asked if he’s going into the 2014 season thinking he’s the starter.

“Nah, I wouldn’t say that,” Harmon said Thursday at Gillette Stadium after organized team activities. “There’s no starters right now in OTAs. My mentality is to try to get better each and every day and to put myself in the position to make plays when I’m out there on the field.”

Harmon played well in his three starts, 15 games and 431 snaps last season for the Patriots, but he’s competing for a starting role next to Devin McCourty with safety Patrick Chung. Fellow Rutgers product and Harmon’s best friend Logan Ryan was rumored to get looks at safety this season, but Ryan admitted after OTAs that he’s only spent time at cornerback thus far.

Harmon pointed out that there’s difference in New England between assuming he’s the starter and still preparing like one.

Year 2 traditionally is an important one for young Patriots players. Harmon, a 2013 third-round pick, has a chance to go from spot starter to fixture. The second-year pro said he spent his offseason trying to improve his tackling and man-to-man technique.

“I would definitely say so, because we talk about it too,” Harmon said about making a jump in his second year with the Patriots. “Your second year is your most important year. You want to make that jump. You have your learning experience, now you want to put all your learning experiences into you knowing football and knowing different situations that make you a better football player.”

Playing safety isn’t only about covering and tackling — communication is key, especially in the Patriots’ defense. Harmon learned from the best last year in McCourty and Gregory, and now he’ll have to put those lessons to the test when he’s aligning Darrelle Revis and Brandon Browner in 2014.

“You have to be a leader back there,” Harmon said. “You have to put people in places, tell them different calls. Communication, that’s one of the main points in being a safety — a good one.”

The Patriots hardly skipped a beat when Harmon replaced Gregory last season, and if all goes as planned this offseason, the secondary will only get better in 2014. 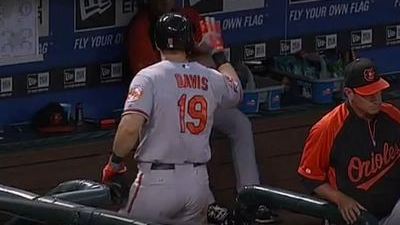