NEW YORK — Felix Doubront is staying in the bullpen, much to the left-hander?s chagrin.

Red Sox manager John Farrell said before Friday night?s game against the New York Yankees that Doubront will continue to pitch in relief as Boston?s rotation remains in flux. Doubront made it clear he?s ?disappointed? by the move, as the 26-year-old views himself as a starting pitcher above all else.

?I don?t know. The situation we?re in right now, I?m the only one who can do that job and pitch in the bullpen and, like I said, it?s something that I don?t want. But it?s there,? Doubront said. ?I have to stay positive and do my work.?

Doubront essentially will fill the role vacated by left-handed reliever Chris Capuano, who was designated for assignment before Wednesday?s game against the Seattle Mariners to facilitate Clay Buchholz?s return. Farrell initially said Doubront — who pitched two innings in relief Wednesday — could receive a start next week against the Chicago Cubs at Fenway Park, but those plans have since been altered.

?He does view himself as a starter,? Farrell said Friday. ?But as it was explained to him, that?s where our need currently is — the bullpen for him — as well as other guys in the rotation (are) ahead of him. There?s a way to get back in the rotation; that?s to pitch your way back into it.?

Doubront, who was visibly frustrated while speaking with reporters before Friday?s game at Yankee Stadium, said he wasn?t given any indication by the team that he?d be able to pitch his way back in the rotation at this point. When asked if he believes he?d be better off changing organizations, Doubront was noncommittal, choosing instead to focus on what he can control within the current situation.

?Not right now. My focus right now is trying to figure it out myself and get outs and just do my job as a reliever,? Doubront said. ?I don?t want to think about other things. Right now, I have to get my confidence back — not even my confidence, because I?ve got confidence — but just pitch and try to get outs and win that position. There?s nothing that I can do.?

The Red Sox?s rotation remains jumbled despite Doubront?s role now being clearly defined. There still are six starters vying for five spots, with Rubby De La Rosa looking like the odd man out. De La Rosa, who has thrown two bullpen sessions since his last start June 21, is not scheduled to start any of the Red Sox?s next six games. Farrell said Boston ultimately wants to get back to having 13 position players on the roster — as opposed to the current 12.

Doubront, who allowed three earned runs over 4 2/3 innings on June 20 in his first start off the disabled list, is out of minor league options, so he?s all but certain to remain with the major league club unless the Red Sox make a trade or designate the lefty for assignment. While both certainly are possible avenues, Doubront will, for the time being, be relegated to doing a job he simply doesn?t want to do. 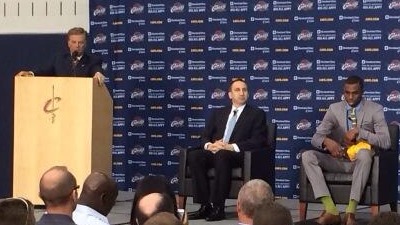