WALTHAM, Mass. — Jordan Adams has heard it forever. He doesn’t jump very high, and standing less than 6-foot-5 in sneakers, he doesn’t tower over anyone, either.

All he does, game after game, season after season, is get buckets.

Adams was the headlinerÂ at the Boston Celtics’ practice facility Thursday, as the team worked out a half-dozen more players as part of their 2014 NBA draft preparation. Five of the six, like Adams, were relatively undersized for their positions, but most of them at least had the benefit of standout athleticism.

Adams, for all his consistent production in two seasons at UCLA, can’t say the same. Not that he sees that as a problem.

“I just got used to it over the years, not being as athletic as some of the guys who can jump out the gym,” Adams said. “You’ve got to find other ways to score if you’re going to stay on the court.”

To be sure, a few so-called “measurables” are not kind to Adams.Â He recorded just a 29.5-inch vertical leap at the Chicago draft combine last month and his shuttle run exceeded three seconds. (Michigan’s Nik Stauskas, another guard not known for his ups or footspeed, jumped 35.5 inches and finished the shuttle run in 2.9 seconds.) Whatever team drafts him next week will not be getting the next Vince Carter.

Still, Adams averaged 16.4 points per game in his Bruins career, scoring over and around players with taller frames and greater verticals. His 6-10 wingspan and 8-6 standing reach help offset some of his other physical shortcomings, and those are the measurements Celtics director of player personnel Austin Ainge prefers.

Long arms aren’t the whole package, of course. Kawhi Leonard wasn’t the Most Valuable Player of the NBA Finals because he has long arms and big hands, but rather because he knew how to use them. Likewise, Adams has learned to use what tools he has to his advantage, leading some to compare him to a poor man’s James Harden.

“You have to have something that makes you special if you’re undersized,” Celtics coach Brad Stevens said. “Whether it is elite quickness, whether it is strength where you can post anybody, or whether it is the ability to stretch the floor.”

One contrast to Adams was on the court with him Thursday. Markel Brown, a 6-3 guard from Oklahoma State, tied for the highest vertical leap at the combine, at 43.5 inches. When they matched up during their workout, Adams knew he couldn’t compete with Brown in a jumping contest.

“I’ve been playing against guys like that my whole career,” Adams said. “If I get put in those situations, I’m used to that. I have ways to score.” 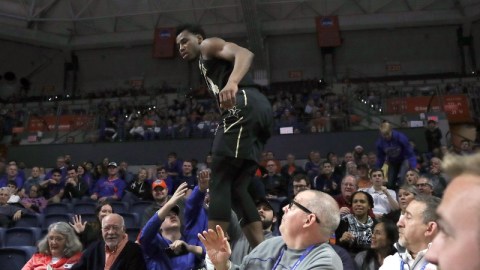 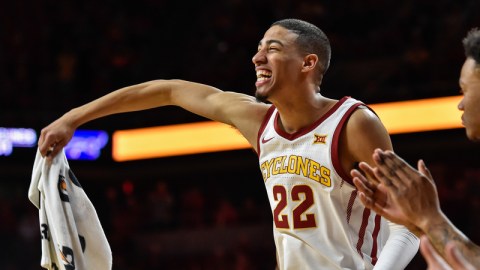 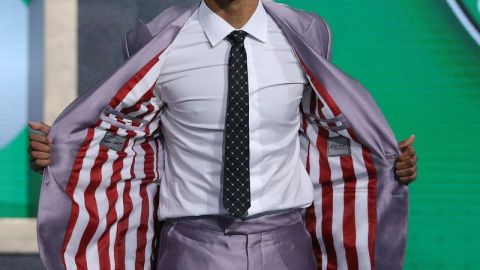 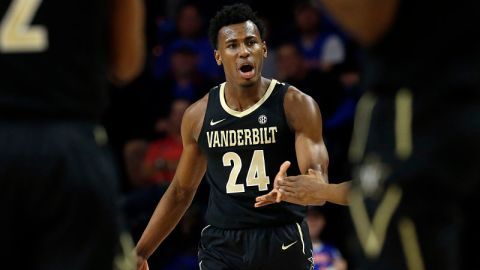