WALTHAM, Mass. — Sometimes, even the best reporters get it wrong.

That’s the message NBA prospect Julius Randle wanted to get across when he spoke with reporters after his pre-draft workout with the Boston Celtics.

Randle saw his draft stock come into question Thursday when Yahoo! Sports and ESPN.com both cited sources saying that the 19-year-old Kentucky product might need foot surgery, which would force him to miss the entirety of the league’s rookie summer league. Randle did break his right foot when he was in high school — an injury that required a pin to be inserted — but he said Friday that he has zero pain and no plans have it surgically repaired.

“My foot’s fine,” he said. “Everyone has their opinion on what they should do, but I’m pain-free. No pain before, during or after (my workout). I’m fine.

“(Surgery has) never been considered. I’ve met with my own doctor and talked with specialists, some of the best doctors in the world, and they said they wouldn’t do anything with it.”

These were Randle’s first public comments on the surgery rumors but not the first time he’s made his feelings on the subject known. The 6-foot-9, 250-pound forward directed a tweet Thursday afternoon toward Yahoo! Sports NBA writer Adrian Wojnarowski, who penned the initial report, saying Wojnarowski should have “check(ed) with the actual source” before breaking the story.

On Friday, Randle explained why he felt the need to speak out on Twitter.

“Because I felt the need to defend myself,” he said. “I don’t usually have to do stuff like that, but when I feel like people are, you know, saying stuff, and I know that it’s not true, or I know that the story is kind of mixed up a little bit. I’m not calling (Wojnarowski) a liar, or anything like that. He’s great at what he does. But I felt like there was a little unnecessary confusion, so I felt that there was the need for me to speak on my behalf. No disrespect towards him, but it was just kind of for me to have my own say in it.”

Randle chose to work out by himself at the Celtics’ practice facility rather than doing so with other fellow draft hopefuls, a decision he said was made to limit the risk of injury.

“There’s no ‘me being afraid of competing,'” he said. “I think guys know that competing is what I do. But there’s less risk of injury (in a solo workout), and a lot of teams want me to work out by myself anyway.” 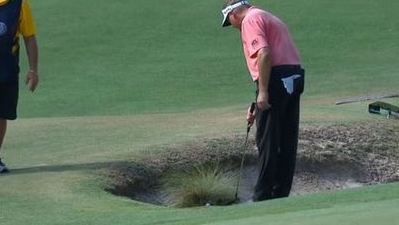