The Minnesota Timberwolves forward, who has been linked to the Celtics in trade rumors, took in the sights and sounds of Beantown in a mini-vacation that took him to some of the hot spots around town. On Sunday, his tour of the city continued as he was spotted at the Tampa Bay Rays-Boston Red Sox game at Fenway Park, but it was who he was spotted with that will be of special interest to fans.

During the Red Sox’s 4-0 win, Love met up with Celtics star Rajon Rondo, and according to The Boston Globe’s Baxter Holmes, Love attended the game with his agent.

The trade rumors surrounding Love have been heating up since it was reported last month that he wanted out of Minnesota and would be testing free agency this summer. While a number of teams are said to have interest in acquiring the 25-year-old, it’s hard for Celtics fans not to get their hopes up about the possibilities of a Love-Rondo combination on the court when pictures of the two of them pop up. 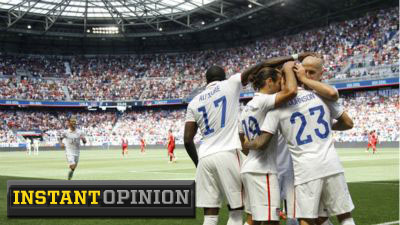