Marcus Smart: Learning Under Rajon Rondo Would Be 'An Honor' - NESN.com Skip to content WALTHAM, Mass. — Any time it’s mentioned that the Boston Celtics might want to use their No. 6 overall in the NBA draft on a top-flight point guard prospect, a section of Celtics fans unfailingly points out that the team already has a player filling that position, and a pretty darn good one at that.

Yes, despite missing huge chunks of each of the last two seasons, Rajon Rondo still is among the best floor generals in the game.

This creates what might be an undesirable situation for some of the more highly touted point guards in the draft. A rookie, no matter how talented, likely would be forced into a backup role with little chance of escaping it for at least a season or two — the Aaron Rodgers predicament, to borrow a football analogy.

But to Oklahoma State product Marcus Smart, a projected top-10 pick who worked out at the Celtics’ practice facility Friday, having to sit behind someone whom he considers one of the best players in the game is something he’d embrace, not shy away from.

“Not at all,” Smart told reporters. “Rondo is one of the greatest point guards ever to play this game. If I’m fortunate enough that Boston picks me, and that means I’ll have to sit on the bench (behind) Rondo, that’s an honor, to learn from one of the greatest point guards, especially with me playing the point guard position. He’s been playing it for a while. He’s a veteran, he knows what he’s doing. Like I said, he’s one of the best to play this game, so it would be an honor.”

Smart truly was an all-around player for the Cowboys, leading the team in points (18.0 per game), assists (4.8) and steals (2.9) while ranking second in rebounds with 5.9 per game. He and Rondo don’t share many physical similarities — the former is a few inches taller and roughly 40 pounds heavier — but the 20-year-old sees a lot of himself in the way the four-time All-Star handles himself on the court.

“Everybody knows Rondo, he’s a fighter. On defense, he’s a guy you do not want to play against when you’re an offensive player. He harasses the ball — he’s a pest, as people like to say. And that’s kind of what I am, especially at my size, 6-foot-4, and I can move very well for my size. And my length, it causes problems.”

Smart clearly is ready to make the leap to the NBA — he probably would have been last year, too, had he left after his freshman season — but, like every other player in this draft class, his game is far from fully polished. Going to a team for which he’s not expected to be “the guy” right away might be the best thing for him in the long run. 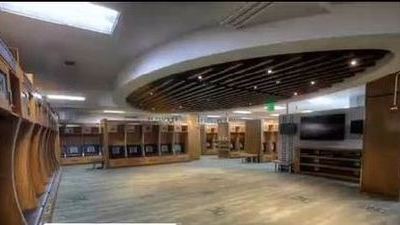