BOSTON — Marcus Smart says he does not have a favorite NBA team, and he has not been following everyday Celtics news very closely in the months leading up to the 2014 draft. So he couldn’t know the irony of his word choice Thursday.

“It felt like fireworks,” Smart said, describing the feeling of being selected with the sixth overall pick. “It felt like the Fourth of July. I was ecstatic that they called my name, and a little bit of relief came off my shoulders. I was excited.”

Smart’s words will remind diehard Celtics fans of comments made by managing partner Wyc Grousbeck months ago, promising “fireworks” this offseason. At the time, the implied fireworks involved win-now moves, like the widely publicized pursuit of Kevin Love. Drafting Smart and James Young with the sixth and 17th picks, respectively, was not quite when many fans had in mind.

But Smart could still provide some miniature pyrotechnics himself, particularly if he shares a backcourt with Rajon Rondo. While some observers might take the Celtics’ drafting of Smart as a sign Rondo’s days in Boston are numbered, as both are ball-dominant point guards with inconsistent jump shots, Smart comes in conscious of the idea that their pairing could lead to conflict.

He doesn’t accept it, however.

Celtics coach Brad Stevens did not sound worried about Smart and Rondo coexisting, nor did he seem to think Smart’s shortcomings as a shooter are irreparable. Stevens even noted an improvement in Smart’s shooting between his first workout with the Celtics and his second a week and a half later.

“I don’t think there’s any doubt they can play together,” Stevens said. “It’ll be great for Marcus to have a guy like Rondo to look up to and learn from. Not many guys get that opportunity, especially early on in the draft like this.”

How Rondo feels about the pick was not immediately known Thursday, but the era when one guard handled the ball and directed most of the action is fast disappearing. Playing two point guards at once is more and more common as the game gets smaller and quicker. Rondo and Smart might seem redundant now, but they might just be the Celtics’ attempt to stay abreast of a trend that, within a few years, might be necessary to compete in the NBA.

Perhaps then the real fireworks will start. 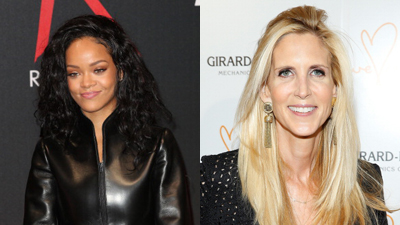