There are few things better than having a catch with your old man, and one young Royals fan had the catch experience of a lifetime Tuesday night in Kansas City.

Austin Sides is an 11-year-old Royals fan who was tabbed to throw out the ceremonial first pitch before the Royals’ game against the Los Angeles Dodgers. It was a nice treat for a kid whose father, Major Robert Sides, had been serving with the Air Force in Iraq since last June.

Little did Austin know, however, that Major Sides had returned home. He dressed as a member of the Royals and headed out to home plate with full catcher’s gear on, which served as the perfect disguise. Austin unknowingly threw the ceremonial first pitch to his dad, and that’s where things get a little bit emotional.

“I almost lost it myself,” Major Sides said, via MLB.com. “I grew up a pitcher, throwing with my dad, and to be able to do this with my son after being gone all year, Facetime only goes so far. You need the contact, and I miss that so much.” 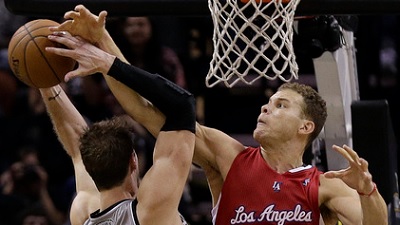 Joel Embiid’s Risk, Reward Outweighs Everything Else In 2014 NBA Draft