The second-year cornerback had his fifth-straight impressive practice in front of the media, and after pulling in two interceptions on Wednesday, the Sam Houston State product is starting to look legit. Swanson has been physical with the Patriots’ wide receivers, and for now, he appears to have the inside track to the fifth cornerback spot on the roster — especially with fellow second-year player Justin Green sitting out with a hamstring injury.

Both of Swanson’s picks came against rookie quarterback Jimmy Garoppolo, and the defensive back out-hustled wide receiver Reggie Dunn on another near-pick.

Check out the rest of Wednesday’s minicamp observations:

-Kenbrell Thompkins had a solid spring and summer last season, so it might be too early to get excited about the second-year receiver, but he continues to shine in practice. He caught a deep fade over Brandon Browner from quarterback Tom Brady for a touchdown, and he had an impressive back-shoulder catch, also over Browner.

Wideout Josh Boyce sat out of practice with a knee injury and second-year receiver Aaron Dobson has missed all of the offseason program after undergoing foot surgery. It was Thompkins’ time to stand out on Wednesday, and he grabbed the opportunity.

-Linebacker Steve Beauharnais has gone consecutive practices with great plays in coverage. He tipped one of Swanson’s picks.

-Garoppolo and center Braxton Cave were forced to run a lap after a botched snap. Brady completed deep passes to wide receiver Reece Wiggins and running back Roy Finch while Garoppolo was jogging.

-We normally wouldn’t be able to report on a defensive player taking offensive snaps, but Brady commented on Jamie Collins being in on the goal-line offense. Collins’ appearance might have been due to the Patriots’ lack of depth at tight end. They only have Michael Hoomanawanui, Justin Jones, Asa Watson and (fullback) James Develin at the position right now. 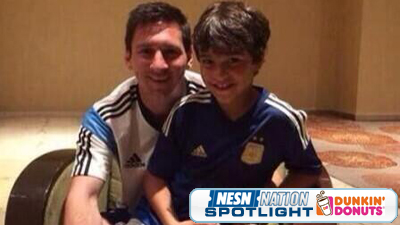 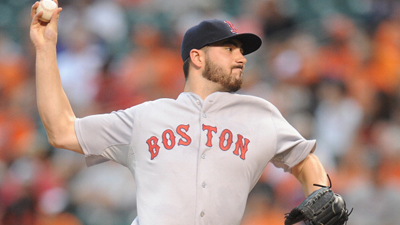