Rajon Rondo made a television appearance to talk basketball, and it had nothing to do with Kevin Love or Carmelo Anthony.

The Boston Celtics point guard was a guest Thursday on “Good Morning America”, where he chatted with host Robin Roberts. The two touched on a lot, including the NBA Finals and Rondo’s possible career in fashion.

The Boston floor general picked the San Antonio Spurs to beat the Miami Heat in seven games, pointing out that it’s hard to defeat a team two years in a row in the postseason.

Rondo also took some time to play a little Pop-A-Shot with actor Channing Tatum as part of his visit to New York. 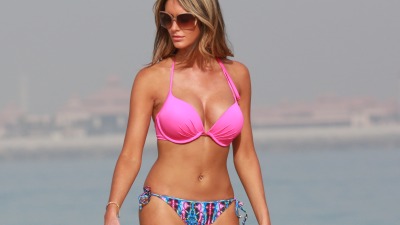