The New York Rangers are in real big trouble, and there’s nothing they can do about that until Wednesday night. On Tuesday, though, they were saying all the right things.

The Rangers will look to extend their season when they host the Los Angeles Kings in Game 4 of the Stanley Cup Final. The Kings hold a 3-0 series lead after a dominant 3-0 win in Game 3, and that made for a grumpy group of Rangers.

New York skated on the off-day in preparation for the first of what it’s hoping are four do-or-die games still left in the series. The Rangers aren’t looking at it that way, though. Their sole focus is on winning one game and going from there.

“You know, all the talk we can have around trying to spin this any way you want, 29 other teams would like to be in our spot,” head coach Alain Vigneault told reporters. “You know, we’ve played well. Just need bounces. Whatever talk you might use, at the end of the day for us right now, it’s just about one game. That’s as simple and logical and realistic as I can put it for you. We have to focus on one game, and that’s what we’re going to do.”

The focus should be on scoring goals, especially the first one. The Rangers fell victim to one of Jonathan Quick’s best performances of the postseason in Game 3, but the Blueshirts need to do a better job of getting in front of the Kings goalie and finishing chances.

Production from the top would help, too. New York hasn’t gotten anything out of its top line, and the second line hasn’t been much better. The bulk of the offense has come from the bottom six and the blue line, which is a dangerous way to live. The Rangers also could use a little more puck luck, especially after seeing the Kings take advantage of some bounces in Game 3.

“Well, you earn it,” Rangers goalie Henrik Lundqvist said. “You always say you earn your luck by working hard and making good decisions.”

Teams trailing 3-0 in a series are desperate for any sort of positive mojo they can find. Maybe in the Rangers’ case, they can look back at their second-round matchup with the Pittsburgh Penguins. The Rangers trailed that series 3-1 before storming back and winning Game 7 in Pittsburgh. This Kings team is better than that Penguins team, but at least there’s something of a template there for the Rangers.

“Two different teams, but (to some extent), we’re facing the same exact situation we were against Pittsburgh: we lose, we’re done,” Vigneault said. “If we don’t want to be done, we’ve got to win.”

If only it was that simple. For the Rangers to climb back into this series and even just avoid being swept, it’s going to take a hockey miracle on (or a street over from) 34th Street. That all starts with Game 4.

“You don’t get a lot of these opportunities,” Vigneault said. “Excuse us if we’re not real cheery. But tomorrow I can tell you we’re going to show up.” 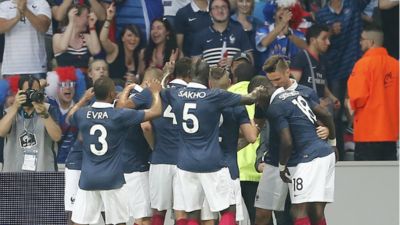 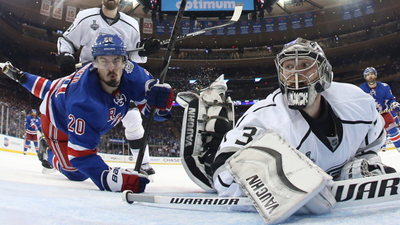