Mujica got the call in the ninth inning with Koji Uehara unavailable after pitching in three consecutive games. He retired Josh Willingham, Kendrys Morales and Oswaldo Arcia in order.

Jon Lester went 6 1/3 innings to earn his eighth win. The left-hander allowed one run on four hits while striking out six and walking one. He threw 109 pitches (72 strikes).

The Red Sox jumped out to a 1-0 lead in the first inning when Dustin Pedroia doubled home Brock Holt. Boston added a run in the third inning when Holt doubled, stole third base and scored on Xander Bogaerts’ sacrifice fly. Holt and Pedroia each collected two hits.

The Red Sox have taken the first two games of their series against the Twins. They’ll look for a sweep Wednesday afternoon before heading out to the West Coast for a seven-game swing against the Oakland Athletics and Seattle Mariners.

End 8th, Red Sox 2-1: The umpires called for a review in the bottom of the eighth inning.

Dustin Pedroia smoked a ball to left field that almost left the yard. It slammed off the wall inches from the ledge located atop the Monster.

Pedroia rounded first and started toward second before tossing on the brakes. Pedroia blew a tire and got caught up between the two bases, at which point he was tagged out.

John Farrell came out for a chat with the umpires. The umps reviewed the play and confirmed that Pedroia’s deep drive wasn’t a home run. The review lasted approximately one minute, 40 seconds.

The Red Sox now will turn to Edward Mujica. Koji Uehara apparently is unavailable after pitching in three consecutive games.

Tazawa, who was unavailable Monday after working back-to-back games against the Indians over the weekend, struck out the side in the eighth inning.

Tazawa fanned Danny Santana, Brian Dozier and Joe Mauer. Dozier and Mauer both chased balls in the dirt, forcing David Ross to toss to first base to complete the out in both instances.

The top of the Red Sox’s order — Brock Holt, Xander Bogaerts and Dustin Pedroia — is due up in the bottom of the eighth inning.

Hughes worked a quick and painless seventh. He has answered Jon Lester every step of the way and remains in the game with his pitch count at 94.

Jonny Gomes, Stephen Drew and David Ross failed to get anything going in the seventh. Gomes has struck out three times.

Lester retired Oswaldo Arcia on a popout into shallow right field. John Farrell then turned to Burke Badenhop, who recorded a key strikeout with the bases loaded in the eighth inning of Monday’s win.

Badenhop got Kurt Suzuki to ground to third base, at which point Farrell went back to his bullpen and called upon lefty Craig Breslow.

End 6th, Red Sox 2-1: The Red Sox stranded two runners in the sixth inning, keeping the lead at one run.

Xander Bogaerts and Dustin Pedroia were handled by Phil Hughes to begin the inning. Bogaerts flied out to center field, and Pedroia was retired on a ground ball despite a head-first dive into first base.

Pedroia is getting used to this whole head-first dive thing, as he performed the same maneuver en route to an RBI double in the first.

David Ortiz beat the shift by ripping a laser down the right field line. Mike Napoli followed with a well-struck single into center field that scooted under the glove of second baseman Brian Dozier.

Daniel Nava ended the threat with a line drive to left field that hung up long enough for Josh Willingham to make a sliding catch.

Mid 6th, Red Sox 2-1: The Twins cut their deficit in half in the sixth inning.

Danny Santana led off with a double into left field. He advanced a station when Brian Dozier dropped down a sacrifice bunt.

Dozier almost beat out the play at first base on his bunt. Mike Napoli flipped to Dustin Pedroia, who was forced to use some nifty footwork to complete the out.

Joe Mauer ripped a line drive into left field with one out and Santana on third. Jonny Gomes laid out over near the line to no avail. The ball dropped, bounced up and struck Gomes, causing him to briefly lose track of it. Mauer ended up at second base with an RBI double.

Holt, who again has been all over the place making things happen, struck out to end the fifth inning.

Suzuki followed Oswaldo Arcia’s inning-opening strikeout with a ground ball into the hole. Stephen Drew made a backhanded stop, but he had no chance to throw out Arcia.

Lester rebounded to strike out Eduardo Escobar. Sam Fuld grounded to second base to end the inning.

End 4th, Red Sox 2-0: Nothing doing for the Red Sox’s offense in the fourth inning.

Napoli and Nava grounded out to third base and second base, respectively. Gomes struck out.

Joe Mauer led off with a deep drive to left field. Jonny Gomes saw this one all the way and made the catch up against the wall.

Josh Willingham hit a popup into the middle of the diamond. The Red Sox’s infield collapsed toward the mound, but it was Lester who took care of things himself. There was some miscommunication.

Kendrys Morales struck out swinging to end the inning. Lester put Morales away with back-to-back curveballs.

Holt doubled to lead off the bottom of the third inning, stole third base and then scored when Xander Bogaerts lifted a sacrifice fly to right-center field.

The guy just keeps putting on a show, finding new ways every time.

Mid 3rd, Red Sox 1-0: Jonny Gomes lost track of a fly ball with two outs. That might have been an issue if Brock Holt wasn’t there to save the day.

Sam Fuld led off with a popup behind the plate. Catcher David Ross raced back to the screen to make the catch.

Danny Santana hit a ground ball up the middle. Santana immediately tripped getting out of the box and faceplanted as Stephen Drew made the play.

Brian Dozier then lifted a fly ball to left field that ended with a strange, yet awesome, play. Gomes completely lost track of the baseball — by about 20 feet — and Holt, playing center field for the first time in his career, dove to make a catch in left-center.

Jon Lester threw his hands on his head in disbelief, and Holt once again received a standing ovation.

End 2nd, Red Sox 1-0: Stephen Drew is swinging a hot bat since returning over the weekend.

David Ross couldn’t cash in with Drew in scoring position, though. He struck out swinging to end the inning.

Mid 2nd, Red Sox 1-0: Jon Lester struck out the side in the second inning.

Lester, who threw 33 pitches in the first, tossed 14 in the second. It’s important for him to keep his pitch count manageable in this one, as the Red Sox’s bullpen has been busy.

Oswaldo Arcia, Kurt Suzuki and Eduardo Escobar went down in order in the second inning.

Holt, playing in center field for the first time in his career, singled down the left field line to begin the bottom of the first inning.

Holt took second base when Xander Bogaerts was robbed by a nice stop by third baseman Eduardo Escobar, and he scored when Dustin Pedroia sent one toward the left-center field gap. Pedroia ended up with a double after slipping his hand in on a unique, head-first dive.

David Ortiz grounded into the shift for the second out. Mike Napoli ended the inning with a chopper to third.

Lester held the Twins scoreless but threw 33 pitches (21 strikes). He surrendered a single and issued a walk before exiting the inning.

Danny Santana led off with a base hit. He lined the 11th pitch of his at-bat into center field.

Lester handled Brian Dozier and Joe Mauer on a pair of line drives to the outfield, but Josh Willingham worked a walk to extend the inning.

Lester missed in the dirt to Willingham on the 11th pitch of the at-bat. The ball bounced up and drilled David Ross in the throat, prompting John Farrell and the trainer to check on the catcher.

Kendrys Morales popped out to end the inning.

6:25 p.m.: Brock Holt is adding another trick to his arsenal.

The Red Sox made a roster move Tuesday, designating outfielder Grady Sizemore for assignment and recalling third base prospect Garin Cecchini. Sizemore has been losing at-bats recently with Nava’s resurgence and Holt’s emergence, so the move isn’t too shocking.

Tuesday’s complete lineups are below.

6 p.m. ET: The Boston Red Sox and Minnesota Twins will send their best to the mound for Tuesday’s middle game at Fenway Park.

Jon Lester will square off against Phil Hughes as the Red Sox look to make it two straight wins to begin the series. Rubby De La Rosa tossed a gem in Monday’s series opener, hurling seven shutout innings before handing the ball over to the bullpen, which nailed down a 1-0 win.

Lester earned the 107th victory of his major league career in his last start Thursday against the Cleveland Indians. The win moved Lester into sole possession of ninth place on Boston’s all-time list. He passed Joe Dobson’s mark of 106.

Lester allowed two runs (one earned) on eight hits over 7 2/3 innings in his last start. He’ll enter Tuesday’s contest with a 7-7 record and 3.33 ERA, while Hughes — who you might now from his less than impressive days with the New York Yankees — brings a 7-2 record and 3.17 ERA.

Tuesday’s first pitch is scheduled for 7:10 p.m. Tune in on NESN, and keep it right here with NESN.com’s live blog. 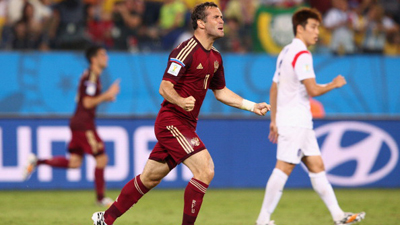 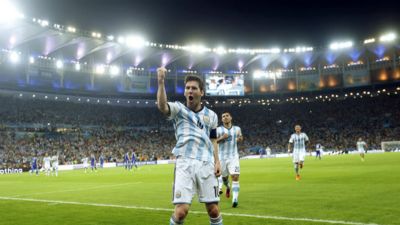