The Boston Red Sox, who had won their last seven games on the heels of a 10-game losing streak, were shut down by Justin Masterson on Monday en route to a 3-2 loss to the Cleveland Indians at Progressive Field.

Masterson tossed seven shutout innings while guiding Cleveland to a series-opening victory. He struck out 10, surrendered just three hits and walked four while throwing 105 pitches (67 strikes). The Red Sox had Masterson up against the ropes early, but the right-hander quickly found a rhythm that Boston couldn?t disrupt.

The first inning marked the Red Sox?s best scoring chance. Xander Bogaerts produced a one-out single, and David Ortiz and A.J. Pierzynski both walked to load the bases for Jonny Gomes. Masterson fell behind Gomes 3-0 but fought back to strike out the Red Sox outfielder. Gomes looked at three straight pitches.

?We were kind of in the driver?s seat knowing Masterson comes in leading the league in walks,? Red Sox manager John Farrell said after the game. ?It starts to play out in the first inning, he makes a quality 3-2 pitch at the bottom of the zone to end the threat and, like I said, it seemed like something clicked and he settled in well.?

The Red Sox also put two runners on base in the third inning, as Dustin Pedroia singled and Ortiz walked with one out. Masterson induced a first-pitch comebacker from the free-swinging Pierzynski, though, and it was smooth sailing from there for the big righty.

?After he got the ground ball double play to A.J. in that third inning, it seemed like something clicked for him,? Farrell said. ?He went from being a little erratic with his command to seemingly he couldn?t throw a ball after that. Any time we had a man on base, he found a way to get ground ball double play. After we missed opportunities in that first and third inning, he settled in and was outstanding the rest of the way.?

The Red Sox?s only offense came in the eighth inning after the Indians turned to their bullpen. Bogaerts followed Brock Holt?s one-out single with a two-run homer off reliever Bryan Shaw that cleared the wall in right-center field. It was another encouraging sign for Bogaerts, who continues to pepper all fields amid his hot streak, but it didn?t lead to any more magic, as Marc Rzepczynski retired David Ortiz and Cody Allen worked a 1-2-3 ninth inning.

John Lackey pitched well for eight innings in Boston?s losing effort, but some early control issues were the difference. The Red Sox, for the first time in more than in a week, were less opportunistic than their opponents. 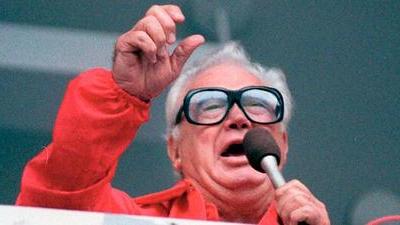