Tuesday marks the 20th anniversary of one of the most famous — and slowest — car chases of all time.

Former football icon O.J. Simpson and a white Ford Bronco captivated the entire country and even interrupted the NBA Finals on June 17, 1994.

Simpson, who was a suspect in the murder of his ex-wife, Nicole Brown Simpson, was supposed to turn himself in earlier that day, but never showed up at the police station.

After an all-points bulletin was issued by the police, news outlets read a note from Simpson to his attorney Robert Kardashian denying his involvement, thanking friends but also writing, “Don’t feel sorry for me. I’ve had a great life.”

Some suspected this could be a suicide note, a fear that was confirmed when Simpson was found in the backseat of a Ford Bronco, driven by former teammate Al Cowlings, with a gun to his own head. This caused officers to back off and begin one of the most uncertain car chases ever.

More than a dozen helicopters and police cruisers followed the Bronco on Interstate 405 in Los Angeles while the country watched at home, waiting to see what would happen next. Finally, after about an hour and a half, Simpson surrendered in his home, ending a dramatic evening of television in which Domino’s Pizza later reported record sales of pizza orders.

Meanwhile, in Cleveland, young slugger Manny Ramirez pulled off probably his first “Manny Being Manny” moment. While the team watched the chase in the clubhouse, Ramirez mistook the O.J. on TV for his teammate Chad Ogea and asked others, “Why are the police after Chad?” not seeing the reliever in the clubhouse.

The O.J. chase was truly a wild scene, and was an iconic event in history that will never be forgotten. 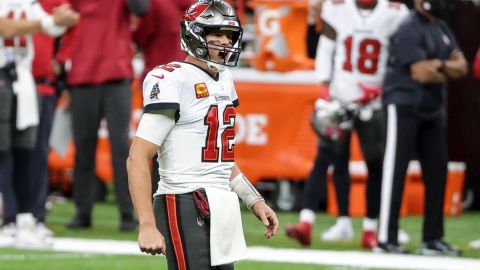