Shabazz Napier reportedly is heading to South Beach in a draft-night trade, and LeBron James could not be happier about it.

James had high praise for Napier during UConn’s run to the national championship, and the Miami Heat star sent the following tweet after the Charlotte Hornets scooped up the former Huskies star Thursday with the 24th overall pick.

Word soon came out that the Hornets had traded Napier to the Heat in exchange for the 26th overall pick and two second-rounders in a deal that still was awaiting NBA approval as of Thursday night.

James, of course, opted out of his contract with Miami earlier this week, and some speculated before the draft that the Heat might select Napier to help dissuade LeBron from signing elsewhere. Napier said he hopes his selection does just that.

“I would hope so,” the Roxbury, Mass., native said after hearing his name called, via ESPN.com. “He’s one of the best players in the world. So if me going there helps him come back, it just betters our chances of being a complete team.”

Even if James decides not to return to South Florida, Napier will have at least one admirer in the Heat locker room: fellow UConn alum Ray Allen, who posted this photo on Instagram with the caption, “Congratulations to my fellow husky. Bienvinido a Miami.” 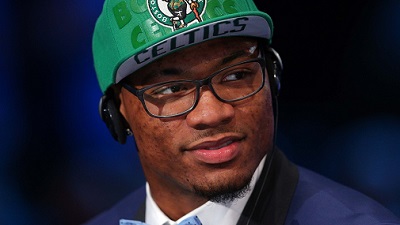 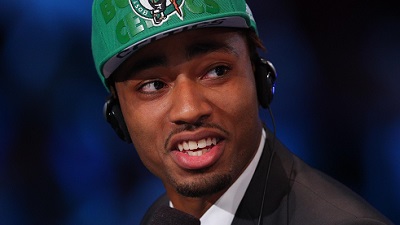