A few days ago, Kansas star Joel Embiid was on top of most big boards, as many believed the Cleveland Cavaliers would take him No. 1 overall in the 2014 NBA draft.

But the 7-footer’s stock plummeted after he had two screws placed in his foot Friday morning, and Yahoo Sports cited sources in reporting Embiid is expected to miss four to six months.

“Two screws were inserted into the navicular bone in Joel Embiid?s right foot,” Dr. Richard Ferkel, who performed the surgery, said in a statement to Yahoo Sports. “The surgery went very well, and I?m confident that after appropriate healing, he will be able to return to NBA basketball. Joel tolerated the surgery without difficulty and will begin his rehabilitation in the near future.”

Embiid also missed the last six games last season at Kansas with a back injury, further clouding where he will be chosen in the draft Thursday night. Embiid’s foot injury was discovered during a physical with the Cavaliers, Yahoo Sports reported.

For now, people will have to wait and see who takes a chance on Embiid. The Los Angeles Daily News reported Friday that the Lakers “would consider” taking Embiid at No. 7 overall. That scenario, of course, would only play out if the Boston Celtics passed on the rim-protecting 20-year-old at No. 6. 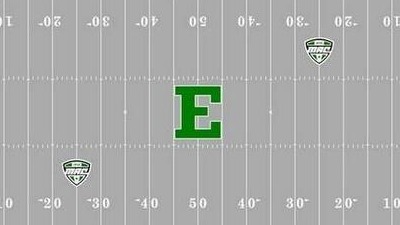