FOXBORO, Mass. — Rob Ninkovich doesn’t participate in drills with the rest of the linebackers, but if the New England Patriots need to move him from defensive end, he’s ready.

Ninkovich’s versatility is important for a team like the Patriots, who like to run multiple defensive fronts. Ninkovich can provide depth at linebacker while starting at defensive end, and whether the Patriots are in a 4-3 or 3-4, and whether they need him to rush the passer or drop back into coverage, he is ready to play at a high level.

“I think it?s just being versatile as far as being a defensive end and a linebacker, not having any drop in play,” Ninkovich said Thursday after organized team activities about how he can continue to improve, entering his ninth season. “You know, if I?m a D-end, I?m a great D-end, and if I?m a linebacker, I?m a great linebacker. So just being able to do both at a very high level, that?s kind of what you want to be.”

Ninkovich believes Chandler Jones can play a similar role, switching between defensive end and outside linebacker. Jones also played defensive tackle and five-technique 3-4 defensive end in 2013. Ninkovich, Jones and the rest of the Patriots’ defensive ends showed off their pass-coverage prowess on Thursday during pass-coverage drills.

“Chandler, he?s a terrific athlete. He?s a real tall guy, he?s got all the tools so, you know, for him, it?s just going out there and doing it,” Ninkovich said about Jones’ versatility to play linebacker. “There?re nothing stopping him, so he’s just gotta go out there and put in the work. Nothing?s given to you, especially in this league, so he?s just gotta out there and earn it.”

Ninkovich already is impressed with Anderson, who was signed by the Patriots last Wednesday.

“Yeah, definitely,” Ninkovich said when asked if Anderson makes the defense better. “He?s tremendous as far as experience. He?s had a lot of experience in the league, a lot of starts. Again, having a guy out there that?s been out there, done it for a long time, it?s gonna help your team.”

The Patriots likes to employ bigger linebackers — typically over 250 pounds — so Anderson gives them an intriguing option in coverage on third down.

“I would agree,” Anderson said Thursday when asked if his coverage skills are one of his biggest strengths. “As you know, looking at my size, I’m a little bit smaller than the rest of the guys around here. To make up for that I’ve got to be fast and be able to cover. That’s a strength.” 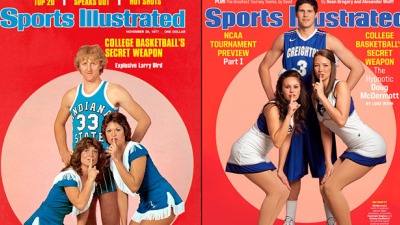