WALTHAM, Mass. — For a player associated with so much winning, Shabazz Napier sure talks a lot about failure.

Every clutch shot and big play Napier made en route to winning two NCAA men’s basketball championships at UConn was built on innumerable failures that came before it, he insisted Monday. If he now has a reputation as a winner, it is only because he walked away from enough games as a loser in the past.

“It just comes with experience at the end of the day,” Napier said. “I got thrust into those roles at a very young age, and I failed a lot. I didn’t always succeed. I was able to deal with the pressure now because of times where I did fail. At the end of the day, you ask yourself, do you want to be put in that situation? A lot of guys will say yeah, but not really put themselves in that situation when it comes. I’m willing to do that.”

Napier was back at home Monday, in a way, to work out for the Boston Celtics. Born in Roxbury, educated in Charlestown and rising to prominence in Storrs, Conn., Napier is expected to be taken in the late first round or early second round of the 2014 NBA draft at the end of the month. But it appears extremely unlikely he will go to his hometown Celtics, who pick sixth and 17th.

Partially, this is due to a lack of need at point guard, where incumbent starter Rajon Rondo is a former All-Star and second-year backup Phil Pressey is on an affordable, non-guaranteed contract. Yet a bigger part is due to what are known as Napier’s questionable “measurables” — the physical attributes that are recorded at the draft combine.

Napier measured 5-foot-11 barefoot, 6-1 in shoes, in Chicago last month. His 6-3 1/4-inch wingspan and 7-9 standing reach are nothing gaudy. He is not an outstanding leaper and while he is quick — Celtics director of player personnel Austin Ainge termed him “shifty” — he is not blazingly fast.

Brad Stevens was not looking for wingspan or vertical leap Monday, though. The Celtics coach focused on Napier’s decision-making, leadership and competitiveness in three-on-three work. If there were any numbers Stevens took into the workout, they were Napier’s 18 points and 4.9 assists per game and the two national titles.

“I think guys that win find ways to win, find ways to have an impact on their opponent,” Stevens said. “That’s a big deal. I think that’s something we all share here. That’s an obvious one, but you also have to factor in where they are in their age and stage basketball-wise, who they had around them. Certainly, the guys who have won, that’s a real positive.”

At the same time, the Celtics are wary of overvaluing Napier based on his tournament success.

“Well, it is the last thing that you remember seeing,” Ainge said. “We try to fight against that in our heads, but you never know how much it’s really affecting you. Shabazz being successful against top-level competition on a big stage certainly says something about him that we’d be remiss to ignore.”

The paradox for Napier is that this time, he won’t get many opportunities to fail. In the late first round, he is likely to go to a playoff team with its starter at point guard — and maybe even its backup — set. If he falls to the second round, his contract would not even be guaranteed. If he performs right away, he could stick. If not, he could be ticketed for the D-League or worse.

Whatever his fate, Napier is not of the mentality to let a setback discourage him. He is going into his pro career with the same mindset he brought to a crunchtime possession at UConn or Charlestown High School.

“You can be the hero or zero, and there’s nothing in between,” Napier said. “I don’t mind being the zero. I’ve been there plenty of times in my life. If you’re the hero, it’s a boost of confidence. But if you’re the zero, it allows you to understand that if there’s another chance to be in that situation again, you’re going to be prepared for it.” 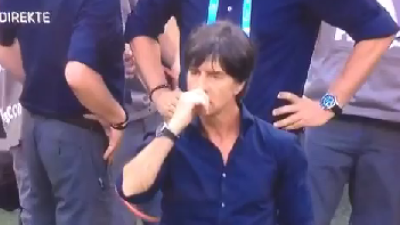