WALTHAM, Mass. — The third week of pre-draft workouts for the Boston Celtics opened without the big names of workouts past, but the presence of two players with local ties drew some interest on Monday.

Here is a quick look at the players in attendance:

Keith Appling, Michigan State (G, 6-foot-1, 185) — It only seems like Appling played in Lansing, Mich., for 20 years, backing up Shawn Respert and Mateen Cleaves along the way. The four-year Spartans point guard averaged double figures in each of his last three seasons, but he never made the leaps envisioned for a player so gifted.

Dave Dudzinski, Holy Cross (F/C, 6-9, 227) — At his size and with a capable shooting touch, Dudzinski was the ideal Patriot League big man. He shot better than 80 percent from the foul line and close to 35 percent from three. But he’s too small to play center in the NBA and he didn’t rebound quite well enough (6.6 per game) to be a pro garbage man. Still, the Elburn, Ill., native is worth a look.

Jermaine Marshall, Arizona State (G, 6-4, 215) — After three seasons at Penn State, Marshall reportedly planned to graduate and move overseas to play professionally. Instead, he took advantage of an NCAA rule that allows graduating players to transfer without redshirting. He has average size for an off-guard and made promising improvements as a shooter, hitting 41 percent of his 3-point attempts while averaging 15.5 points per game with the Sun Devils.

Shabazz Napier, UConn (G, 6-1, 180) — A scoring guard through and through, Napier’s quest at these pre-draft workouts is to prove to teams that he can lead an offense without being one of the primary options. The Huskies’ run to the NCAA championship showed the Roxbury, Mass., native clearly has the stones for such an assignment, and his 4.9 assists per game average offers promise that he can become more of a pure point guard.

Markel Starks, Georgetown (G, 6-2, 175) — Having grown up, gone to high school and attended college in the Washington, D.C., area, Starks might finally be forced to leave his home base. As one of a handful of low-6-foot point guards who are not great shooters or distributors, Starks will have a hard time setting himself apart from the pack.

Tyler Stone, Southeast Missouri (F, 6-8, 230) — Statistics-wise, Stone is a prototypical power forward. He averaged 19.1 points and 9.2 rebounds per game as a senior while shooting 54 percent from the field. The questions lie in his size and level of competition in the Ohio Valley Conference, which might not have been the best preparation for the pro level. 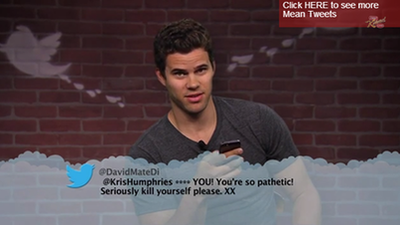