“After Earth” was an awful movie. Fear-sensing predators, blanket birds and goofy accents made it arguably the worst big-budget Will Smith vehicle ever — and that’s saying a lot in a genre that includes “Hancock.”

What “After Earth” did give us, however, was a saying to paraphrase to explain Tim Duncan’s decorated yet low-key NBA career: Fame is a choice.

In the Internet age, LeBron James endures endless criticism and second-guessing throughout media, both traditional and social, much of it overblown and undeserved. Supposedly, this is unavoidable for a star athlete in James’ era. But that’s not true.

Duncan came along at the dawn of the Internet as a public utility, when the closest we came to Siri was AOL informing users “You’ve got mail!” There was no Facebook, but there were message boards, chat rooms and an explosion of niche TV channels. He entered his prime as the web expanded rapidly. At 38, he is still occasionally a force on the court, in the age of what Bill Belichick would call Instaface and MyTwits.

There was not always the breadth of scrutiny there is today, but it has always been there. Despite what James and his defenders claim, fame is not a new thing. Neither is tearing down our heroes. O.J. Simpson and Michael Jackson didn’t need the Internet to soil their names.

The level of fame is a choice, to a degree. Duncan, like Barry Sanders or Sandy Koufax in earlier generations, chose not to give in. He proved that it’s really not that complicated. Do your job, conduct boring interviews, avoid actions that could be interpreted as self-serving and stay off the police blotter. Whatever the era, doing so affords even the greatest star a measure of privacy. It’s not complete privacy, but the idea that it ever could be is a myth; the Lindberghs’ private hell over the loss of their baby didn’t need Twitter to make it a national story.

Five championships into one of the top-10 careers in NBA history, Duncan has somehow kept most of the world out. He has achieved excellence without fanfare. Amid Duncan’s messy divorce last year, the media mostly stayed out of it, which is what tends to happen when someone avoids the spotlight for as long as Duncan has, the trope of the overly intrusive media machine aside.

The point is, when James or one of his contemporaries complains about the excessive pressure of the social media age, they are right and wrong. Duncan faced immense expectations when he entered the league in 1997 and just happened to live up to them. James faced immense expectations as well, from a younger age, and he is still working to fulfill them. That doesn’t mean one had it worse or better. Each simply handled the pressure differently.

Duncan never had a public contract dispute. James went to play with his friends on the Miami Heat. Duncan doesn’t have a Twitter account. James markets his own app. James shrugs that going 2-for-4 in NBA Finals tries is a pretty good percentage. Duncan burns inside after letting his fifth title slip away last June, so he comes back and wins it this year.

The 2000s have upped the ante, for sure. It is harder to ignore persistent criticism that once would have been as easy as throwing away the newspaper or turning off the TV. But it doesn’t need to be all-consuming, either. It is 2014, both Duncan and James are star basketball players, yet the ways they have chosen to treat their stardom could not be more distinct. 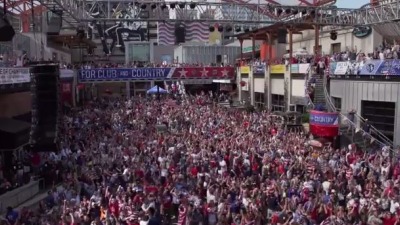 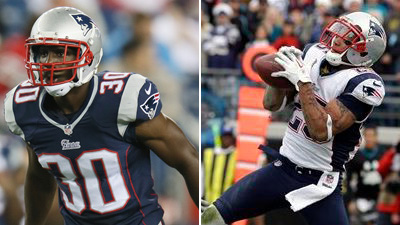