The United States men’s national soccer team is ready to go to Brazil.

No, Team USA isn’t ready for its opening game against Ghana, but it will travel to Brazil on Sunday knowing that it is where it should be in terms of preparation.

The United States defeated Nigeria 2-1 on Saturday in the finale of its three-game “Send-Off Series.” The Americans saved their best and most complete performance for last. Nigeria is the reigning champion of Africa and toughest opponent the U.S. faced in the series. Team USA attacked and defended as a unit, demonstrating a collective identity on which all hopes of advancing out of the “Group of Death” rest. That’s the way head coach Jurgen Klinsmann planned it.

Jozy Altidore scored both goals — his first for club or country since December 2013. Team USA hopes Altidore’s double against Nigeria will herald a return to his goal-scoring form of early 2013, which helped earn him a lucratively ill-fated move to Premier League club Sunderland.

Altidore, 24, showed some fundamental truths about his game on Saturday. Like many strikers, Altidore rides on confidence. He was shaky at the outset of the game, but he looked like a different player after scoring his first goal. He did a better job of holding up the ball for his teammates and took more risks when the ball came to him. The second strike demonstrated his ability to create and finish his own chances, which is invaluable at the highest level.

USA-Nigeria also showed the continued evolution of the United States’ defense. Starting for only the third time together, Matt Besler and Geoff Cameron were authoritative in the center of defense. If they progress at their current rate, they should be ready to take on attackers from Ghana, Portugal and Germany.

Fullbacks DaMarcus Beasley and Fabian Johnson were sharp, intelligent, athletic and energitic. All the things Klinsmann wants and needs them to be in Brazil.

The U.S. was excellent for 50 of the first 80 minutes, but a cause for concern appeared toward the end of the contest. Klinsmann made three substitutions in the 12 minutes following Altidore’s second goal. One could predict that the U.S. would become disjointed after a change of personnel and formation, but its drop in performance in the final 10 minutes suggests that quality of depth could become an issue at World Cup.

The point of the “Send-Off Series” was to build fitness, confidence and cohesiveness as quickly as possible without giving away too many secrets. The United States achieved those goals. Thursday’s closed-door scrimmage against Belgium will be about fine-tuning the team before its World Cup opener — a must-win game against Ghana.

That game shouldn’t teach Klinsmann anything he doesn’t already know about his team, and we won’t learn anything from it either. What we know for sure is that Team USA is moving on from Landon Donovan’s controversial omission from the roster, creating its new identity and growing as a team. We’ll find out in nine days whether it has made enough progress to beat Ghana.

Review our live blog of the United States’ victory over Nigeria >> 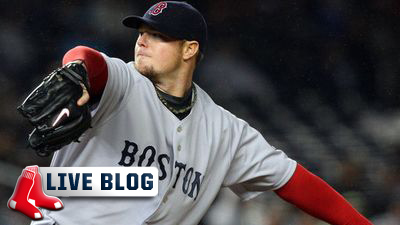