Vote: Will Kevin Love Be A Celtic Next Season? - NESN.com Skip to content When Kevin Love graced Beantown with his presence last weekend, Boston Celtics fans all but convinced themselves that he would without a doubt be wearing green and white next season.

The Love sweepstakes are far from over, however, and although it’s possible that the Celtics could land the 25-year-old forward, it’s far from being a done deal.

With half of the teams in the NBA reportedly interested in acquiring Love, and a new head coach in Flip Saunders who is adamant about keeping him in Minnesota, Danny Ainge will need to work some magic and put together a pretty package to lure him to Boston. While the Celtics can offer a pool of young talent and a plethora of draft picks, there are other teams who have more attractive offers on the table.

The Sacramento Kings and Chicago Bulls are both reportedly the “leaders” for Love, going all in to obtain the perennial All-Star, but it doesn’t mean the Celtics are out of the conversation. As Kevin Garnett would say, “anything is possible,” so do you think Love will be a Celtic next season? Voice your opinion in the poll below. 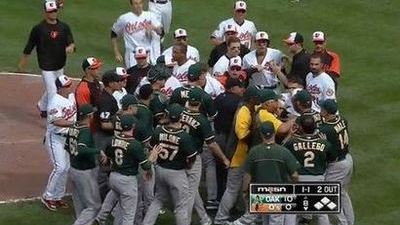