For the last six months, every media outlet, old and new, has been telling you what to expect from the 2014 FIFA World Cup.

Now that the games have begun, we can put those predictions in their proper place (the trash bin) and watch and learn from the events that unfold before our eyes.

Only one game took place on Thursday — Brazil’s 3-1 victory over Croatia in Group A — but there was plenty of action on and off the field. Let’s look at a few fundamental lessons we learned on the first day of the year’s biggest sporting event.

Protesters are and will be part of Brazil 2014
Like them or not, protests will be part of the story of the 2014 World Cup. Many Brazilians are upset that their country is spending $11.5 billion on hosting FIFA’s showcase event, while Brazil’s health care, education and transportation systems fail to meet their desired standards, and many citizens live in abject poverty.

Protests took place in a number of host cities, and one in Sao Paolo turned violent. Police and protesters clashed, as front of the world’s media looked on. Police used tear gas, stun grenades and rubber bullets to disperse protesters hours before the World Cup kicked off at the Arena Corinthians in Sao Paolo.

Over one million protesters took to the streets during last summer’s Confederations Cup. Expect many more to follow suit in the summer of 2014.

Referees in the spotlight
A little over an hour into the first game of the 2014 World Cup, referees jumped to the foreground of the soccer world’s consciousness. Yuishi Nichimura awarded Brazil a dubious penalty kick in the 70th minute, and Neymar scored what turned out to be the game-winning goal. Croatia thought it had scored the tying goal in the 83rd minute, but Nichimura disallowed it in another controversial decision.

“If that was a penalty, we should be playing basketball. Those kinds of fouls are penalized there,” Niko Kovac said, according to the Associated Press. “That is shameful, this is not a World Cup referee. He had one kind of criteria for them and another for us. The rules were not the same.”

Nichimura’s decisions and apparent favoritism for the home team also angered many neutrals and stoked conspiracy theorists into action. Bad refereeing is already in the 2014 World Cup narrative, and it took less than 90 minutes. In this day and age, it makes us wonder aloud: “what took so long?”

Neymar and the hype machine
Neymar’s first season at FC Barcelona divided public opinion. Is he the superstar and future legend many Brazilians claim he is bound to be?

Neymar scored two goals in his first World Cup game. Is the hype real? Should we go ahead and crown the 22-year-old? The debate over the answers to those questions has only begun, but Neymar is certain to be one of the central figures at the 2014 World Cup.

Review our live blog of Brazil-Croatia >> 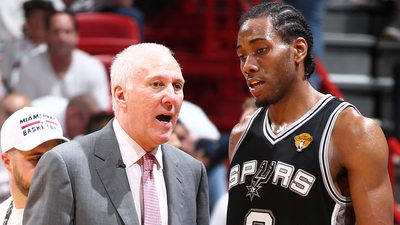