Blackhawks Fan Suing United Center After Being Hit In Face With Puck - NESN.com Skip to content A Chicago Blackhawks fan is suing the United Center after being struck in the face by a puck during Game 1 of the 2013 Stanley Cup Final.

Patricia Higgins, a 56-year-old physician who has owned Blackhawks season tickets for 10 years, filed a personal injury lawsuit Friday, the Chicago Sun-Times reports. In the suit, Higgins claims that the UC should have maintained and inspected safety nets ?in order to avoid injury to spectators.”

Higgins was hit in the face by a Johnny Oduya slapshot toward the end of the third period of Game 1 against the Boston Bruins, while she and her daughter were sitting in her normal seats in Row 11 behind one of the nets.

It wasn’t a pretty scene, as Higgins needed 20 stitches to close the gash from the bridge of her nose to her right eyebrow, in addition to suffering a concussion and undergoing reconstructive surgery.

Now, a year later, Higgins is suing the venue, seeking an unspecified amount of money, but according to the lawsuit, she wants her legal fees to be covered.

According to the Sun-Times citing the lawsuit, Higgins claims that the United Center was “careless” and “negligent” in their installation and maintenance of the safety nets, and said she has “sustained injuries, suffered pain, lost wages and medical bills, and will continue to suffer such damages in the future.? 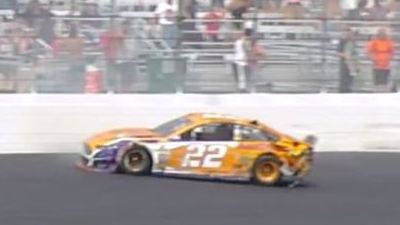 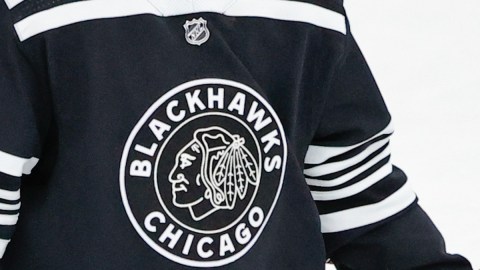