A 13-run lead isn’t going to prevent Brock Holt from nearly running through a wall.

Holt made a tremendous leaping catch Monday in the fifth inning of the Boston Red Sox’s 14-1 win over the Toronto Blue Jays at Rogers Centre. The game already was well in hand, but Holt, whose motor simply doesn’t stop, wasn’t prepared to take his foot off the gas.

“I’m not going to let balls fall or not play as hard just because we’re winning,” Holt said after the game. “We’re trying to get outs and win the game, so that was one of them.”

Holt’s grab robbed Dan Johnson of extra bases. It also spelled the end of Holt’s night in right field, as the versatile 26-year-old shifted to second base in the sixth inning when manager John Farrell decided to give Dustin Pedroia the rest of the night off with Boston leading by such a wide margin.

As impressive as Holt’s catch was, it’s a small taste of what he has provided this season. He continues to bounce all around the diamond without skipping a beat offensively (or defensively). Holt collected two hits, knocked in a run and scored two runs in Monday’s contest, which marked his 53rd consecutive game batting out of the leadoff spot for Boston. 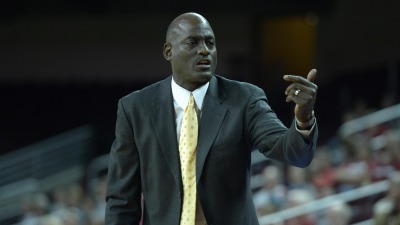