LeBron James’ supposedly impending announcement held the NBA world on edge Thursday, with people going so far as to camp out in front of his Ohio home. For more than an hour, confusion reigned as to not just where James would sign, but whether or not there actually would be an announcement.

Before the Boston Celtics took the floor for a summer league game in Orlando, Brad Stevens was asked about the hoopla in his first full offseason as an NBA coach.

It’s tough to disagree with him. Before free agency even opened Thursday, teams’ pursuits of James, Carmelo Anthony, Gordon Hayward, Chandler Parsons and others had reached a fever pitch. Even a few guys who aren’t free agents, like Kevin Love, dominated the headlines that seemed to change by the minute.

Stevens might be laughing now, but he still should pay attention. As ridiculous as the swirling speculation is, if the Celtics can land a meaningful player or two this offseason, he will have real reason to smile. 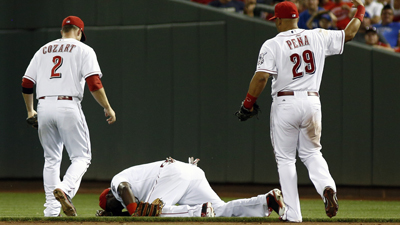