Chris Bourque is returning to an NHL organization.

The New York Rangers announced Wednesday that they had agreed to terms with the forward. The details of Bourque’s contract were not released.

The 28-year-old son of Hockey Hall of Famer Ray Bourque last played in the NHL during the 2013 season. The younger Bourque appeared in 18 games with the Boston Bruins that season and had one goal and three assists.

There’s no questioning Bourque’s ability to put the puck in the net at the minor league level — he has 142 goals in 437 career AHL games — but he hasn’t translated that production to the NHL level. He has just two goals in 51 career NHL games.

Bourque will join his younger brother, Ryan, in the Rangers’ organizaton. Ryan has yet to make his NHL debut. He scored 21 goals in 74 games with New York’s AHL affiliate, the Hartford Wolf Pack. 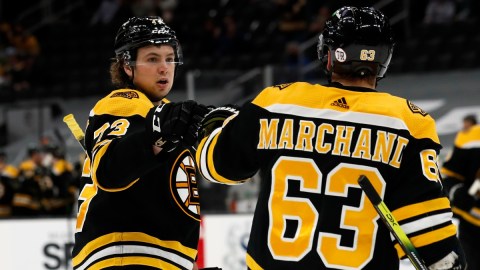